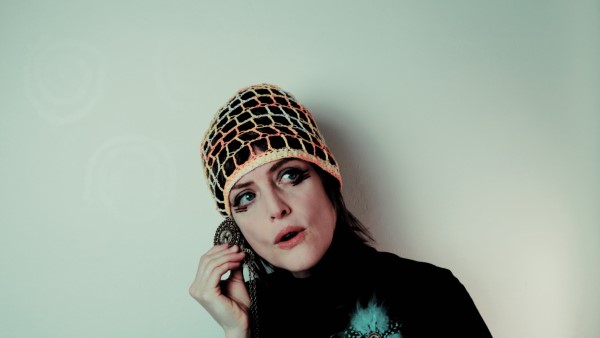 Good Fortune, the brainchild of Toronto musician and visual artist Kelsey McNulty, has unveiled a retro French-pop single, “Mon Coeur”, from her upcoming self-titled debut album, which is set for release on April 21, 2022.

The self-directed, animated video is incredibly well done. McNulty indulges in the stylings of 1960’s Paris yé-yé on “Mon Coeur”. Featuring layers of Wurlitzer,  Hammond organ, synths, and sparkling surf-rock guitar,  tucked under McNulty’s stylized pop vocals; “Mon Coeur” is just as cinematic as it is catchy – transporting the listener to another time and place.

“It is influenced by a style and era of music from the 60s and 70s.   Pop music at that time was recorded live off the floor and captured the energy of a band.  I was influenced by French pop music from that era as well, in particular Francoise Hardy and Serge Gainsbourg and especially his rhythm section on L’histoire de Mélodie Nelson which grooves all the way through that record.”

The single was co-written with Toronto guitarist, James Taylor (YUKA), McNulty teamed up with producer/engineer/bassist Scott McCannell to co-produce the track with support from James Taylor on guitar and Jon Hyde on drums. “Mon Coeur” was recorded to analogue tape before being transferred digitally.

“I love the energy of live players captured to tape – when everyone is just figuring out their parts and feeling out the song.  I think this approach inevitably adds an energy to the music that the listener feels more than they hear.   It gives a different presence to the music.  It is a sound I’ve had a chance to explore in a surf band I co-lead called Carlo. We recorded both our albums and all our demos live and to tape.    In a way, this project is an extension of that band and it includes some of its members.”

Watch the video, and enjoy the single below. Be sure to stay connected with Good Fortune via her socials.