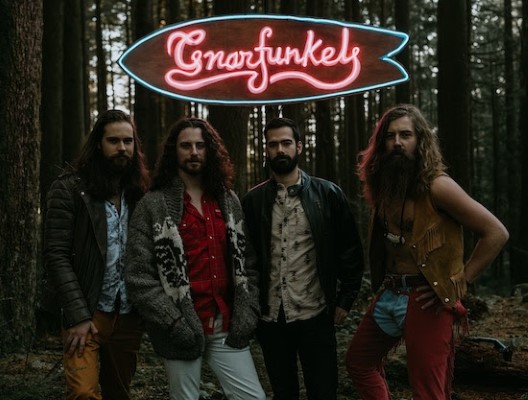 Vancouver, BC-based funk rock band, Gnarfunkel is back with their new single, “Too Much Is Never Too Much”, which follows their previous release, “A Million Monkeys”.

“Too Much Is Never Too Much” is the latest single from Gnarfunkel’s upcoming debut album Gnarnia, which is set for release on May 6, 2022. A live show fan favourite, the cheeky, guitar-driven rock track, is all about the YOLO lifestyle.

“‘Too Much is Never Too Much’ is a blues-rock banger about taking life by the horns in every aspect,” says vocalist/guitarist Tyler Lanigan. “The song harkens to the sound of The Sheepdogs and The Black Keys and is great for driving down the highway, the start of an adventurous Saturday, or smashing through a tough workout routine. With catchy soulful lyrics, an infectious chorus, and an over-the-top middle guitar section, ‘Too Much is Never Too Much’ promises to be a rock fan favourite!”

Check out the lyric video for “Too Much Is Never Too Much” below, and find out more about Gnarfunkel via our mini-interview, PLUS see their upcoming tour dates, which were announced today!

First of all, thank you for supporting Canadian Music by engaging with Canadian Beats. We are Gnarfunkel, an indie funk-rock band based out of the West coast of Canada. Never heard of us? Well, the good news is that this May we are coming to a city near you, and we would love to meet! We write music that is inspired by love and living on the West Coast of Canada. We aim to blend together many different elements of music that we think is awesome, creating our own distinct sound that we called West Coast Funk. Our goal is to produce the best music that we can while having a heavy focus on unforgettable live experiences for our audiences.

You have just released your new single, “Too Much Is Never Too Much”, what can you tell us about the writing process behind the single?

The inspiration for “Too Much is Never Too Much” started as a quote from a friend of ours. This friend lives life to the fullest and is often the center of attention in a room. Once, while dancing on a tabletop wearing sequins and singing karaoke she was asked if she thought that it was all a little “Too Much”. Her reply was “Too Much is Never Too Much”, thus the initial concept for the song was born. The song speaks of being drawn to do something that is challenging and maybe not too popular with your friends and family. However, in order to grow as humans, these boundaries are meant to be pushed and we hope to capture this with the mood and lyrical content of this song.

The song is often used as a closing song in our lives sets due to its high energy and infectious chorus.

You also released a lyric video for the track, how did you come up with the idea for the video?

The music video is a compilation of smaller videos that were crowdsourced from our friends. The concept is to show humans in the “pursuit of radness” attempting to do stunts in many different areas. The idea was that no stunt is too small, everyone is at a different stage of their journey to become better in a given area. We hope that viewers of the video are inspired to continue on their own journey to becoming more rad.

The single is from your upcoming debut album, which is set for release in May, what was the highlight of creating this release?

The creation of our record Gnarnia is the culmination of three years of writing and testing songs with lives audiences. Songs that we felt had the best resonance with our fans were selected to be recorded. A highlight of this experience creating the record was the chance to work with Juno nominated Tom Dobrzanski, who has produced and recorded bands such as Hey Ocean!, We Are the City, and Said the Whale whom we count among our greatest influences.

We have another single coming out in April and Gnarfunkel is embarking on a 10-day cross-Canada tour in early May. We have dates booked in Toronto ON, London ON, Kingston ON, Montreal QC, Edmonton AB, Red Deer AB, Golden BC, Kelowna BC, Squamish BC, and Vancouver BC. In the fall we are planning on releasing another single and music video to follow up the release of Gnarnia. 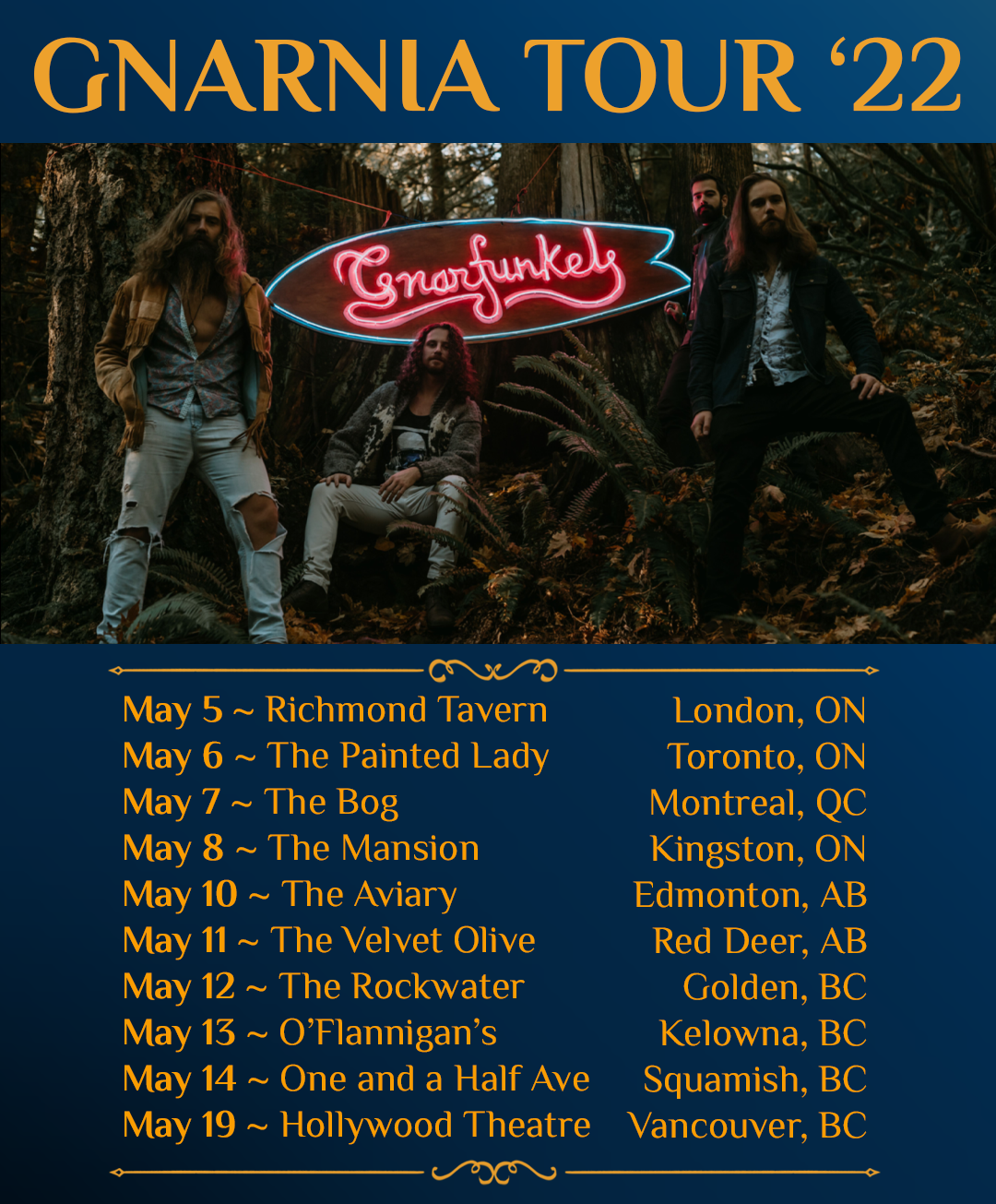