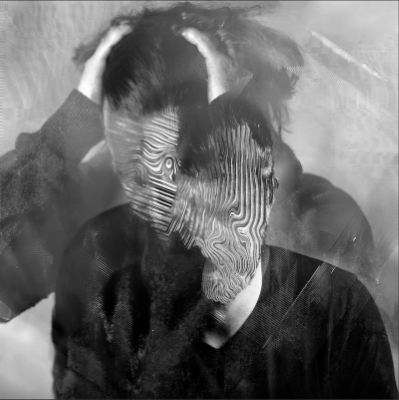 Hamilton, ON-based duo, Allegories is made up of childhood friends, Adam Bentley and Jordan Mitchell. The two have set the release for their new album, Endless, which will be unveiled on April 29, 2022.

Ahead of the release, they have shared a final single, “Always True”.

“‘Always True’ feels like the dark part at the end of the night,” the band explains. “The wrong side of 5am. A dark warehouse bouncing to ominous synth pads, and 909s. A sudden surge of energy, a second wind, one more dance while the night wears off.”

After a few listens, I came to the conclusion that this track should be on everyone’s upcoming summer playlists, as it is upbeat and perfect for a party or roadtrip! So what are you waiting for? Add it now!

Find out more about Allegories via our mini-interview below, and stay up to date with them on their socials.

We’re Allegories. A duo from Hamilton Ontario. Occasionally, we’re mistaken for a duo that lives in Belize.

You have unveiled your new single, “Always True”, what can you tell us about the writing process behind this release?

“Always True” was written in the same style as all of our new album ‘Endless’. Each song was built from a spontaneous and improvisational place. We would then take elements that excited us and build songs around them. A process that involves a ton of trial and error. “Always True” was very beat-oriented, which was fairly common around that time of recording. But slowly the song took shape as the layers were added and then subtracted.

The song is built on a simple refrain, with slight variations, in both lyrics and performance. These changes alter the true meaning of the song, obscuring the narrator’s intentions, and the music shadows those shifts. The track is built on a sturdy framework, but nothing stays static. Each moment is unique. Building to a dizzying crescendo.

The single comes ahead of your album, which is set for release April 29, what can you tell our readers about the upcoming release?

We started recording the album in 2014, winnowing down some 35 song ideas into the nine songs that will be released next month. We originally had no clear final destination in mind, dabbling in everything from neoclassical compositions to rap tracks. But eventually, the album came into focus, with those nine songs utilizing many of the same themes and elements.

I know we’re not living in an album era, but this collection of songs is meant to live side by side.

Where would you say you tend to pull influences from when creating your music?

I tend to think my influences are somewhat delayed. Usually what ends up sticking with me becomes part of my musical DNA at a much later date.

There can be something that excites me in real-time, and maybe that will end up being a reference, but that reference becomes more of an academic influence. The true musical foundations tend to take hold and interact in unexpected ways. Slowly seeping into my subconscious.

Working on a ton of behind-the-scenes studio videos, which we’ll make for every song on the album. We’re also hoping to collaborate more with artist Andrew O’Connor. He’s been making these incredible visuals to accompany both the album as a whole and each song. The idea is to not go quiet again. No plans on taking another 14 years to follow this album up, so we’ll be busy!