Stars release pair of singles, “Build A Fire” and “Patterns” 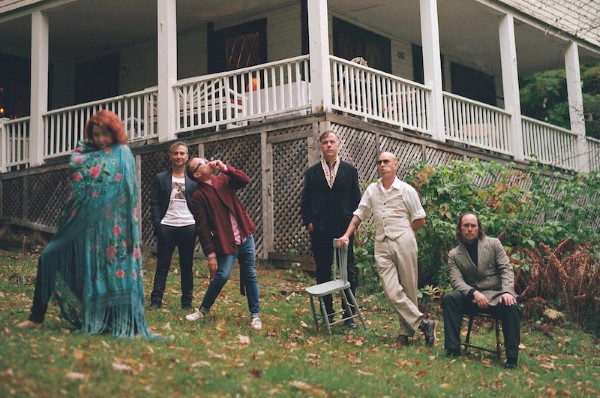 Montreal, QC-based pop/rock band, Stars released a pair of singles last week, the dancefloor-ready, “Build A Fire” and the atmospheric, melancholic, “Patterns”. Both of these tracks are pulled from the band’s upcoming new album, From Capelton Hill, which is set for release on May 27, 2022. This is not the first pair of singles they have shared. Last month, they unveiled “Pretenders” and “Snowy Owl“.

“‘Build a Fire’ was written in a fever dream of Covid-19 paranoia and restlessness, somewhere in the middle of last year,” says Torquill Campbell. “I like it because it sounds like Happy Mondays and The Pet Shop Boys at the same time, which is something maybe only we can do? It’s about death. And running from it. As fast as you fucking can.”

Of “Patterns,” Amy Millan explains: “Friendship is the only boat that will float you across the storm. With your friends, you create the ethos to shield all that tomorrow will throw at you. Some Patterns can be changed. Some Patterns are sacred geometry and will never change. Only what loves will remain.”

The new album shares its own story.

Torquil Campbell’s grandfather built homes in the area in the late 1800s.

“I guess what From Capelton Hill means to me is from memory, from the past, from a place that seems permanent but isn’t, and I think that that sense of impermanence is a big part of what’s in the record: realizing that things don’t last forever and that even the things that I thought would be there forever aren’t going to be,” Campbell explains.

Chris Seligman and Evan Cranley started on the new record in early 2020. After a first attempt to assemble it remotely with mixed results, the band convened in Montreal to record with Marcus Paquin and Jace Lasek (The Besnard Lakes) at Studio MixArts, Lasek’s Breakglass Studio, and the band’s own space, Zoomer. Drummer Patty McGee says once they finally gathered in a room together, everything clicked—first as friends, then as a working band.

This new album is ultimately about a group of people who have spent more than 20 years together, and who have now started to face the awful, necessary calculus each human eventually must do: when will all of this end?

Stars is embarking on summertime, headline West Coast summer tour in support of the record that kicks off with a show in Vancouver, BC on June 4th and wraps with a performance in LA on June 13th. A full show itinerary is below and three new shows have been added, due to demand. Tickets are available HERE.