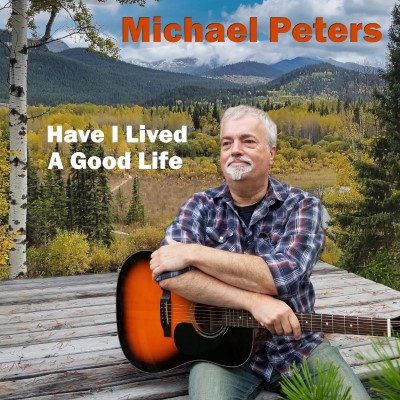 From the municipality of Valemount, British Columbia, comes Michael Peters with this debut EP. Have I Lived a Good Life presents small-town BC charm with an emphasis on person-to-person connection and nostalgia.

The music is folk- and country-focused, based upon acoustic guitar and twangy singing. Supplementing these are occasional full backup vocals along with piano, violin, and electric guitar accompaniment, the latter instrument being particularly prominent in the overall comparatively jaunty “I’ll Still Be Here.” The lyrics are consistently sincere, even if less smoothly delivered in certain places. In “Like You’re Still Five,” for example, a reference to Winnie-the-Pooh comes off as a bit clunky, though such is not without appreciable sentiment. As for the album title and corresponding track, it is worth noting for context that the singer/songwriter is himself among the latter end of the age spectrum in an industry where breaking in at a young age has long been the accepted norm, which I further mention as a strength. In that way, this musical effort is admirable and somewhat refreshing.

The general impression is that Michael Peters has, in fact, lived a good life. On his fittingly titled first release, he invites you to relive it with him for a few songs.