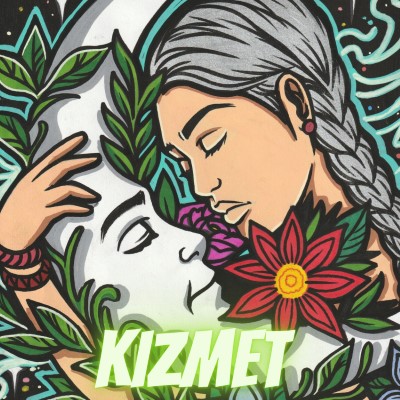 Edmonton, AB-based melodic hip-hop & RnB artist, Melody McArthur has recently released her 7-track album, Kizmet. Over the 7 tracks, you will hear influences falling under hip-hop, rhythm and blues, and house music. The album follows her previous release, Rising Waters, which was released in 2020.

Currently, Melody is nominated and in the running for five Native American Music Awards based in New York City, USA, and just finished off a Prairie-based tour, but don’t worry, if you’re in Edmonton, you can still catch her on March 31, 2022, at The Carrot Arts Coffeehouse. Get more information HERE.

Take some time to check out Kizmet below, and find out more about Melody via our mini-interview.

My name is Melody McArthur, I identify as an indie pop-inspired r&b artist from Treaty 8 Territory and have been recording and self-releasing original music since 2014. I am a mother, wife, contractor, and dog lover currently residing in Treaty 6 Territory, specifically Amiskwaciwaskihikan, aka Edmonton, AB.

You have unveiled your fourth album, Kizmet. What can you tell us about the writing process behind the release?

I work with a multitude of producers who send me beats or help bring my ideas to life for what I want a song to sound like prior to adding lyrics; the melody often comes to me after the composition is proposed, followed by melodies. My writing process involves a lot of themes around trying create a listening experience for the audience to feel a lot of joy and the urge to move their body if the bpm is high and the tempo is fun and bright. My lyrics aim to empower and illicit confidence regarding the inner self of the listener(s). If the song is slower, typically I write ballads aimed at resonating with the universal human experience of pain, loss, grief, and heartache. Kizmet came in stages working with multiple producers who approached me with projects including my #1 song Unceded co-written with Christian John Monias and Cono Wharton who took my concepts around a song that would sound like Anita Ward’s Ring my Bell meets Crazy P’s Fool for You, he delivered with the track Wildling producing the final beat. You will hear inspirations of 90s r&b, 70s Disco, and 2000s hip hop throughout this album.

The album features collaborations with CJAY Griz, what was that experience like?

CJAY messaged me one day saying he had a project he thought I would be great for. We had never met in person and have yet to do so, but connected via social media. I said, I liked it, I would work with it add melodies, hook, pre-chorus, and verses and see if he was vibing with it. “Unceded”, originally pitched as “Noise” became my first #1 song on the National Indigenous Music Countdown after charting over several times since 2014. You could say this particular experience was highly rewarding, and CJAY is an absolute pleasure to work with. We have a lot of distance between us, I record the vocal in studio, send it back, see if he likes it, then get it mixed/Mastered and decided it would be my first single off the Kizmet album.

Through the four years between the release of your albums, how would you say you’ve grown as an artist?

Immensely. I also have Canada’s Music Incubator to thank for that. I took the program in 2019 just prior to the pandemic and gained so many valuable skills I implement into my brand, music, marketing, media, social media, and strategy. My vocal and songwriting has never been stronger or more authentic to me as a person, artist, and vocalist. I just wrapped my first tour for which I was the tour manager, the booking agent, the performer, did the hiring of session musicians, marketer, sound tech for 3 shows, and problem solver and I did it fairly flawlessly because of all the skills I have gained since my first album.

I will continue to self-release singles from the Kizmet album, hope to book gigs, showcase, and promote collaborations as a featured artist on other artists projects which are set to release in the near future.