Five Questions With My Hollow 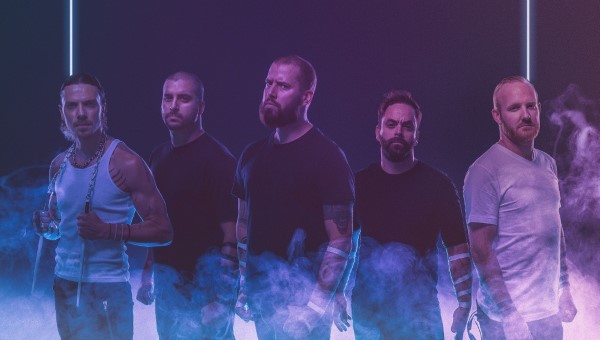 Toronto, ON-based metal band, My Hollow will be releasing their EP, Fighting The Monsters on April 8, 2022.

The five-piece has made a name for themselves in the Toronto area and beyond for their live performances.

“With a crashing wave of energy, and sound, My Hollow filled the venue with their effervescent presence. The lads never disappoint on stage.”

In early March, they unveiled a cartoon video for the title track, “Fighting The Monsters” featuring Bjorn Strid, check it out below, and find out more about My Hollow via our Five Questions With segment.

Care you introduce yourself to our readers?

We are my hollow from Toronto Canada. We’ve been a band since 2010 and had the privilege of playing some killer shows with some amazing bands over the years. We started off as a five-piece band but just recently added a sixth member on keys.

Tell us about your most recent release.

Fighting the Monsters is a five-track EP and our first release using keys in the mix. We were able to get a guest appearance from Soilworks Bjorn “Speed” Strid on the title track and he did an amazing job with it. We had the EP pretty much wrapped up and then our new guitarist who had just joined the band I wrote some really cool leads so we decided to head back to the studio and re-record some parts. Overall we are extremely happy with the end result and cannot wait to play this material live.

When it comes to the pandemic, how are you keeping yourself out in the public eye well not being able to perform?

I’ve done some guitar play through clips, but It’s impossible to keep people interested when you’re not releasing any new content. The lockdowns made it difficult to do that. There is definitely going to be a dip in interest but we hope that with this release, we can regain some of that ground.

If you were able to work with one Canadian artist dead or alive who would you choose?

So many amazing Canadian artists out there, it would be near impossible to choose one. If I had to choose one, it would most likely be The Agonist. We’ve played with them many times before and it’s always been a blast. I think it would be a lot of fun to tour with them.

Now that the pandemic seems to be over and the nice weather is coming out we’re hoping we can get some shows to help promote the release of the EP. It feels like it’s been forever since we’ve played in front of a crowd so that may be a little weird, but I am looking forward to it.
We also have a backlog of songs that are now in the pre-pro stages that we’ve already started working on. We’re hoping to be able to follow this release up with another one next year possibly. We definitely have a lot of work to do this year but it would be nice to get back out there and have some fun.