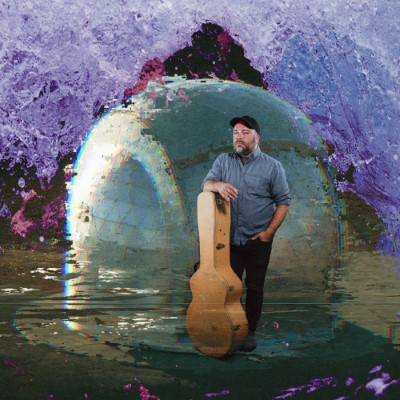 Toronto-based singer-songwriter, guitarist, and composer, Harley Card recently released his new single “Two Tomorrows”, which is part of an upcoming EP that’s currently in the works.

The single is a follow-up to the 2020 release, Unconfined Invisible, which branched out stylisitically from his previous three albums.

On “Two Tomorrows” Harley is joined by an all-star cast of musicians to accent the song with a playful, experimental approach.

Listen to the single below, and find out more about Harley via our Five Questions With segment.

My name is Harley Card, I’m a guitarist, composer, and singer-songwriter from Toronto. I perform quite a bit around town in a variety of settings, including presenting my own original music. I’ve also toured in Canada a fair bit, as a solo artist, with my jazz quintet, and with the band Hobson’s Choice.

“Two Tomorrows” is a single release that is going to be a part of an EP that is in the works. I wanted to get something out to all the music channels in the meantime. The band went for a different sound and approach than we have so far and we’re excited about the result. I sing and play the song on guitar and It features some great friends and musicians; vocalist Alex Samaras, bassist Dan Fortin, drummer Jeff Luciani, and pianist Matt Newton. As far as the song itself goes, I’d say overall it’s a song about hope.

Well 2020 sure was a write-off in terms of performing for everybody, but you know 2021 wasn’t bad, all told. By the middle of the summer things got pretty busy and stayed that way well into the fall. I was also fortunate to be in the position of being able to release a record in the summer of 2020. My album ‘Unconfined Invisible’ was in the mixing stage right as the pandemic hit. It got a really good response despite my not being able to be out performing to promote it. People have been very supportive during these times.

You know it’s gonna sound corny but I already get to work with my favourite musicians; all my friends! I’m a lucky guy.

To stay active making music, and to finish the Two Tomorrows EP!