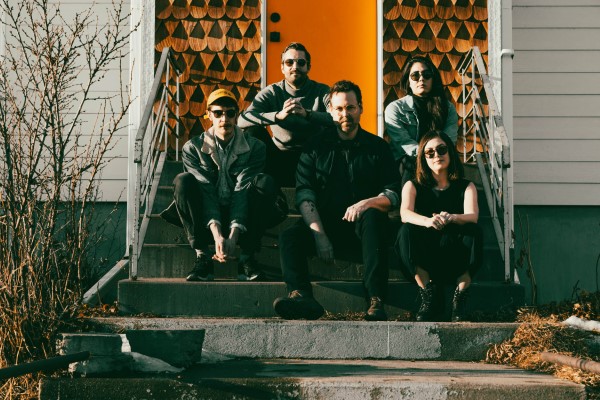 The Calgary, Alberta-based psych-rock/dream-pop band, Crystal Eyes are sharing their new single, “Like a Movie”. The new single is the latest to be lifted from the forthcoming second record, The Sweetness Restored which is set for release via the beloved Madrid label, Bobo Integral on April 22, 2022.

Crystal Eyes, who are made up of Erin Jenkins (singer/guitarist) and a revolving cast of musicians, currently Jordan Tettensor (guitar), Joleen Toner (synth), Will Johnson (bass), and Paul de Andrade (drums) describes the new record as a “feel-good self-help record for the age of existential dread.” The Sweetness Restored displays a kind of wistful self-awareness right from the start, it’s a collection of ten tracks that flirt with musical influences ranging from new wave, psych-rock, and shoegaze, with songs driven by melody and steeped in texture.

Recorded at Montreal’s Breakglass Studios with producer/engineer, Andrew Woods (The Operators, Legal Vertigo, Basia Bulat) before being mixed by Mark Lawson (Arcade Fire, The Unicorns, Peter Gabriel) the record contains thoughtful attention to musical detail thanks to the talented team of artists behind the project. And with the beautiful, warm tones of the Neve console, it’s at once a unique sound, but one that feels comfortingly familiar. The prolific Scott’ Monty’ Munroe (Preoccupations, Chad VanGaalen) contributed bass and the talented Eve Parker Finley composed and performed string arrangements.

With the new single, the band once again harness saccharine psych-pop sounds and place these into a jangle-pop formula. Speaking about the track, singer Erin Jenkins says: “‘Like a Movie” is three minutes of indie rock bliss in the artistic vein of Sharon Van Etten or Alvvays. The secret to its sound is a classic Hammond organ with Leslie speakers, a kick-ass guitar solo, and the backing of a string quartet that calls to mind flashbacks of Neutral Milk Hotel. If love is ‘like a movie’, how will the ending be?”