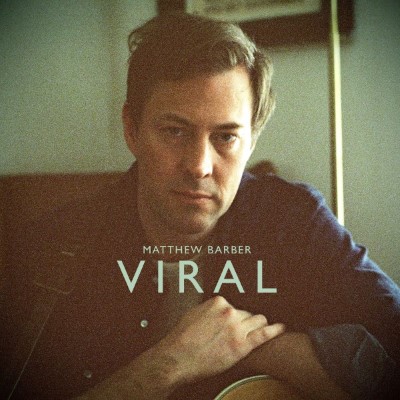 Toronto, ON-based singer-songwriter, Matthew Barber is back with his new single, “Viral”.

“Viral is about the accelerated world we live in. A world in which technology grapples with nature and ingenuity spawns unintended consequences,” says Barber. “It is a call for humility – a reminder that we don’t know everything, and as we edge closer to the gods we must not lose touch with our common humanity.“

Giving a nod to vintage soul and singing live to tape with the band, Barber says what he has to say in two and a half minutes with minimal adornment. Out now on Outside Music, “Viral” is the first new music from Barber since 2018’s Phase of the Moon.

The song was recorded mostly live off the floor to an old Ampex 8-track tape machine at James McKenty’s garage studio in Peterborough, Ontario in late November 2021. The tasteful accompaniment to Barber’s vocals and guitar are provided by Jeff Halischuck (drums) and Ian McKeown (bass). They performed in a tight set up at a relatively low volume with no headphones. Steve O’Connor overdubbed electric piano and organ and Barber added some additional guitar at his home studio in Toronto. The new single was written by Barber, and co-produced by Barber & McKenty. McKenty also mixed the single and Harris Newman mastered it in Montreal.

Listen to “Viral” below, and stay up to date with Matthew via his socials.