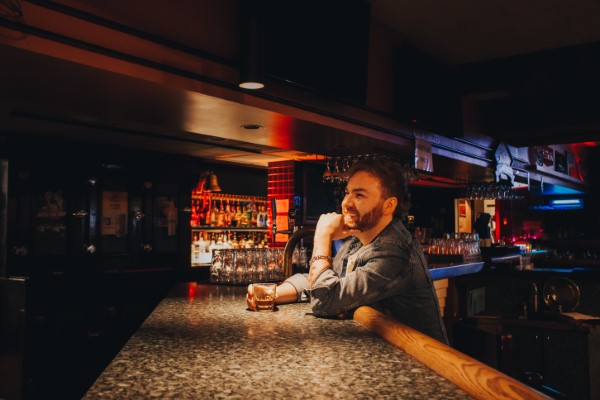 Vancouver, BC-based country/pop singer, Justin Mattock has unveiled his new single, “First Time”. The single was produced in Vancouver by Dan Botch and Garrett Ward of The Renaissance.

With clean punchy guitars, keys, percussion, and synths – the song is a blend of pop, country, and alternative that is reminiscent of the good times in a relationship and dwelling on loss, the story bounces between past and present.

Listen to “First Time” below, and find out more about Justin via our Five Questions With segment.

Hey! My name is Justin Mattock and I’m a 26-year-old Country/Pop singer from Vancouver BC. Recently made the transition over from Pop-Punk, previously being in bands such as Fighting for Ithaca, Chase Your Words, and Woke Up Waiting.

So “First Time” was a song that originally started as a piano & acoustic song. It had many different “forms” I guess you’d say, but I finally landed on this one and I was sold. I took the raw acoustic and vocal demo to my producers Dan Botch and Garrett Ward of The Renaissance, and when I came back a week or so later they had this version thrown together. We were really going for a Thomas Rhett/John Mayer kind of sound and I think we nailed it with the clean guitars, organs, and slide guitars.

The lyrics in this one are quite interesting. I came up with the chorus in about 5 minutes – though it was tweaked a bit during the production process. It really reminisces on a relationship and bounces back and forth between the past and present. In the verses, it kind of goes through the thoughts of now, and the chorus is almost like a flashback.

It’s definitely been tough for a lot of artists. I think the biggest thing is utilizing social media to stay in touch, whether it be live shows, clips of your songs or even just covers. I’ll admit I didn’t keep up the best with the public eye but I did spend a ton of time in the studio and just writing music. Developing relationships really helped over the pandemic as well, even if it was just over email or zoom. Very excited to get back on stage though!

Oof that’s a tough one. I’ve been really into Dallas Smith ever since I got into Country music, so I’d probably have to go with him.

Releasing three songs! This one will be my first one, then I have a couple Summer-y tunes coming out when the summer hits. I’d also like to get back into the studio later this year, as well as get on stage on possibly a mini tour down the west coast.