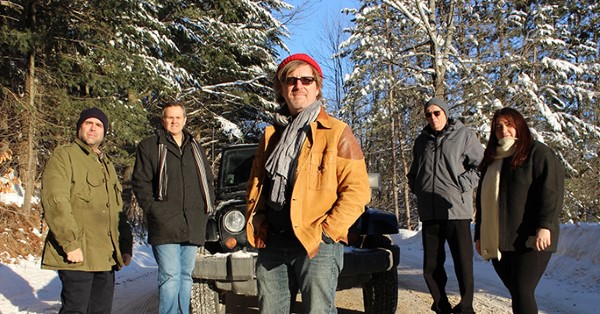 Canadian alt-country band, Foreman & Co. have unveiled a lyric video for their new single, “Sun Still Rises”, from their album, Waiting For A Sign.

“Sun Still Rises” is a toe-tapping rocker heavy on Americana flavor. It’s got twangy guitars, an easy-rockin’ beat, and it’s full of that push-forward lament that makes country such a great genre for getting through tough times.

“Sun Still rises is the story of letting go, be it a relationship that’s failing, or a band that is collapsing,” the band says.

To that end, the song was written when the band was going through a lot of challenges due to the Covid-19 pandemic, Foreman & Co share; as Covid took its toll on live shows and rehearsal options, the band began to struggle via the shedding of members.

Throughout most of the production period, it was just founding members Tom Foreman and Steve Larocque locked away ‘Hall and Oates-ing a band on life support, they recall. The result is an emotionally charged record that speaks to loss and frustration and looks to better days.

“It’s both a personal and an objective take on the great dumpster fire of life that was the winter of 2021,” the band says of the album. “But it’s not all dark; it is true that it takes a little rain and a little crap to make flowers grow.”

Check out the lyric video for “Sun Still Rises” below, and stay up to date with the band via their socials.