Anyway Gang release video for new single, “Out Of Nowhere” 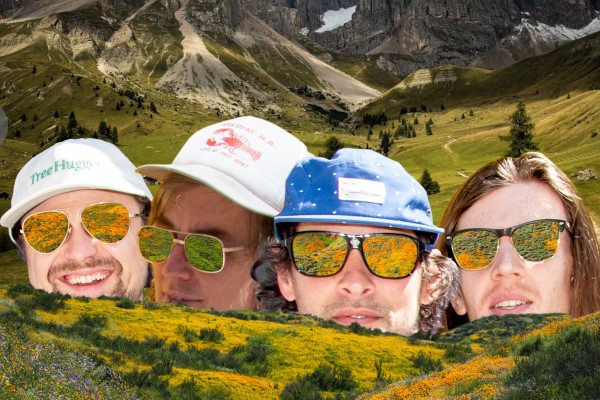 Canadian supergroup, Anyway Gang are back with a video for their newest single, “Out Of Nowhere”, which follows their previous release, “Alternate View“.

While “Alternate View” had Hollerado’s Menno Versteeg front and centre, the anthemic “Out Of Nowhere” sees Sam Roberts lead the line as Anyway Gang (rounded out by Tokyo Police Club’s Dave Monks and Sloan’s Chris Murphy) deliver another slice of Canadian pop-rock glory.

Working once more with producers Gus Van Go (Metric, Arkells) and Nixon Boyd (Hollerado, Dizzy), the track comes alongside a teasing announcement of upcoming tour dates from the band.

On the track, the band muse:

“As artists often are, Sam was somewhat unable to put a finger on the moment of divine inspiration behind the song “Out of Nowhere”. The evil record label, never satisfied with anything really, sent Sam deep into the badlands of Alberta with a handful of Peyote and instructions to “Don’t bother coming back unless you have some god damn answers for our Department of Creative Metrics!!!!””

“Months later Sam returned with the following carved into his forearm: “Track Synopsis: ‘Knives out! The Kings and Queens are face down in their plates of wild boar and sleeping pills. Out from the shadows, the squires and knaves creep with blunt kitchen knives…are they out for blood? the throne? or just a quick taste from the old Master’s table….’“

Watch the video for “Out Of Nowhere” below, and stay up to date with Anyway Gang via their Instagram.