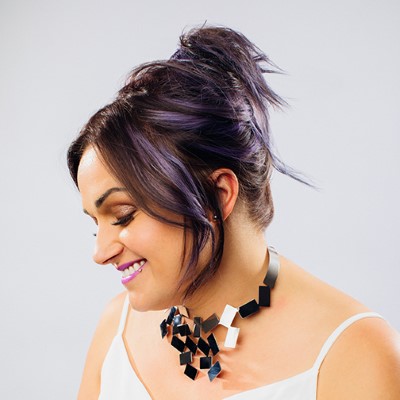 Canadian country-pop artist Amy Nelson is back with her brand new single, “Trippin'” which is accompanied by a music video.

From the first beat, “Trippin’” climbs with a steady march and Nelson’s sweet, sassy vocal before letting go into an undeniably sing-along-able chorus detailing that wild, heart-in-your-mouth descent into love land.

“Trippin’” was co-written by Canadian country hitmakers and multiple BCCMA/CCMA winners Madeline Merlo and Patricia Conroy, along with Dave “Dwave” Thomson and Tina Gemza. The minute she heard the song, Nelson knew it was telling her story and headed into the studio to record it with multi-platinum, multi-award-winning Canadian producer Jeff Dalziel (The Washboard Union, Jim Cuddy, Jessica Mitchell, Brett Kissel).

“This song was written by four amazing writers, but it sounds so much like me that it’s like I was in the room with them,” explains the 44-time (!!) Saskatchewan Country Music Awards nominee. “I don’t really fall in love gracefully, I generally trip over my own feet.”

That’s an endearing reveal that makes this effervescent artist and song instantly relatable and lovable.

The video was shot in Nelson’s hometown of Regina and released with perfect timing on Valentine’s Day. The video adds a ton of visual lovability to the tune. At least one of the local filming locations, which includes a vintage clothing store and a bowling alley, has a very personal connection for the Saskatchewan-born and raised singer/songwriter.

“It was so fun to film. We had two great actors and we even shot the dance scene at my own studio where I run my music school for kids.”

Check out the video for “Trippin'” below, and stay up to date with Amy via her socials.