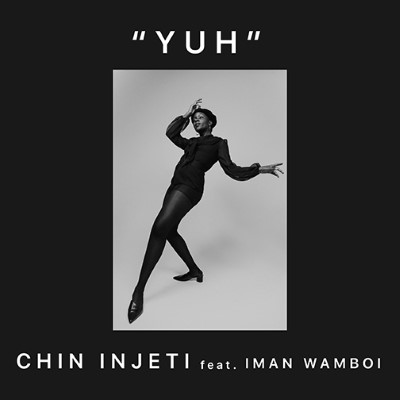 Chin Injeti has unveiled the new song, “YUH” which features Iman Wamboi. The single infuses Injeti’s passion for funk and boogie music into a fresh-feeling classic-in-the-making.

“I was trying to elicit the feeling of springtime and endless possibilities,” Injeti shares. “Something that could usher in the feeling of seasons changing; I think we achieved this with Iman Wamboi’s voice and her overall vibe as a creator.”

One of the things that makes “YUH” such an interesting production is its use of vintage samples with new wave-producing methods to create a time capsule that preserves everything you love about your favorite oldies while introducing new players to the music industry; the song samples a Galanti organ as well as the Casio Bossa Nova drums, both prominent figures in producer’s synth libraries during the 70’s/late 80s.

“I’ve always been a huge fan of Stereo Lab & The Style Council. I wanted to make a track that was charming and reminiscent of samba with a light-hearted Casio Drum feel.”

“YUH”s potential to be a timeless hit is rooted in its natural fluid feeling. Like a spring runs down a mountain, “Yuh” trickles down through the listener’s ear and into the feet as they find the groove and passion put into Injeti’s newest single. The feel-good vibe that Injeti and Wamboi can manufacture effortlessly on their most recent collaboration is paired with relatable down-to-earth messages that will hit home for listeners across the board.

Check out the video for “YUH” below, and stay up to date with Chin Injeti via his socials.