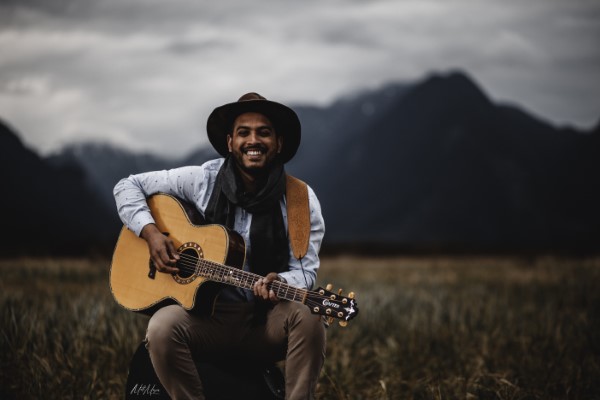 BC-based alternative folk singer-songwriter, Etienne Siew released his EP, Better Man back in 2019, but has had a great 2022 so far, taking two awards home from the 6th Annual Fraser Valley Music Awards, including Country/ Roots Artist of the Year.

“It is an amazing feeling to be recognized by the fans as well as by the jurors, it has been an incredibly difficult year for artists, I am just over the moon right now. Just moments after the announcement a festival contacted me to perform, when it rains in a good way, it pours.” says Etienne

When crafting his music from the beauty of the West Coast and the forests of B.C, where he spends a lot of time fishing, hiking, or canoeing.  He leans into his roots as an artist of Trinidadian, Guyanese, and British Ancestry, writing true-life experiences and imaginative tales into songs that will guide you through the themes of love, loss, and triumph over adversity, that he explores in his original work.

Check out his EP, Better Man below and find out more about Etienne via our mini-interview.

Hey folks, my name is Etienne Siew. I am a Vancouver-based Alternative Folk Singer-Songwriter. My love for nature inspires my work, as I grew up fishing and working seasonally as a canoe guide. I’m an acoustic guitarist and vocalist who paints vivid pictures about the universal lessons I have learned, and the experiences I have had which make us all human. Whether I am performing in a soft seated theater or near a campfire, I aim to have my audience feel as though they are right beside me in my stories.

You recently won two awards at the Fraser Valley Music Awards, including Country Roots Artist of the Year, how did that feel?

It was a pretty incredible feeling. I felt honored to be chosen by the Jury for the Country/Roots Artist of the Year and I have a lot of gratitude for all the fans, friends, and family that nominated me for the Dakota Leslie Fan Vote. There were some immensely talented artists amongst all the nominees and I felt pretty special knowing that my music has reached so many people in a positive way.

You released your debut EP in 2019, are you planning for any new releases in the coming months?

My debut EP “Better Man,” was really meaningful to share and I have learned a lot and grown as a songwriter since. I am working on getting those song drafts into demos at the moment, and will likely release the pieces this year, but there is no hard deadline yet. The best case would be to come to say hello and keep in touch on social media, as I will announce everything there @etiennesiew.

During the pandemic, how did you keep creative and connected to your fans?

I still continued creating, but I had to lean into my self-taught video filming and editing skills to bring music to my fans and followers. I was lucky enough to perform in some bigger virtual showcases for different cities as well, which was the best-case scenario given the state of the world. When travel restrictions eased, I managed a small tour of the Sunshine Coast and Vancouver Island with another local artist, but it was a scaled-down version of the BC-wide Tour I had hoped for, to promote my EP. Mainly, the pandemic made me reflect on what was really important to me and why I was pursuing being an artist. I took a step back to learn more about songwriting and was hired to take part in some workshops where I met amazing artists from around Canada. In my off time, I would drive to lakes and rivers with my guitar and notepad to write music. These songs will be the foundation of my next project, either as an entire collection or released as singles.

I have been booked for some festivals, showcases, and weddings around Vancouver and over on the Sunshine Coast. Aside from performing live, my main focus is going to be recording the pieces I have written and then planning a showcase once they are complete. I am really excited to share this new music with the world and to see what doors will open in 2022.