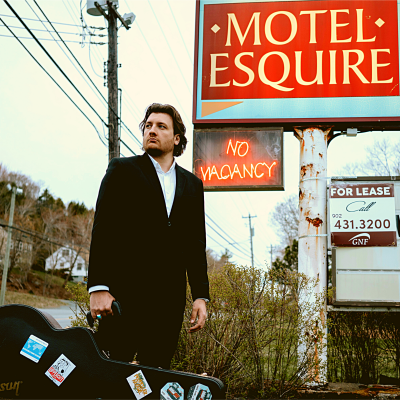 “‘Caroline’ was inspired by the story of William Lyon MacKenzie and the Caroline affair, which was a political crisis in the early days of Canada,” said Willie Stratton (he/him). “MacKenzie tried to start his own country called the Republic of Canada and was supplied a steamboat called Caroline by the Americans to help his efforts. Canada seized the land back and sailed his steamboat down the Niagara Falls.”

“It’s a ridiculous story,” he said. “MacKenzie knew it was never going to work out for him; he was just kind of throwing a tantrum. This is not a political song, but just about this strange story, the feeling of defeat and moving on from things not going your way.”

“Caroline” is pulled from Stratton’s forthcoming album, Drugstore Dreamin’, which is set for release in April 2022.

The single was recorded at Creative Workshop (Nashville, TN), The Sonic Temple (Halifax, NS), and The Loft (Cape Breton, NS). “Caroline” was produced by Carleton Stone, who also performed on it, alongside Laur Joamets, Robbie Crowell, Jon Radford, and Melanie Stone.

“The title of the song is really about finding beauty in failure and moving on, taking what you can get from the experience,” Stratton said. “I think ‘Caroline’ should feel uplifting in that it’s about moving forward, but of course it’s also bittersweet given the outcome.”

Listen to “Caroline” below, and stay up to date with Willie via his socials.