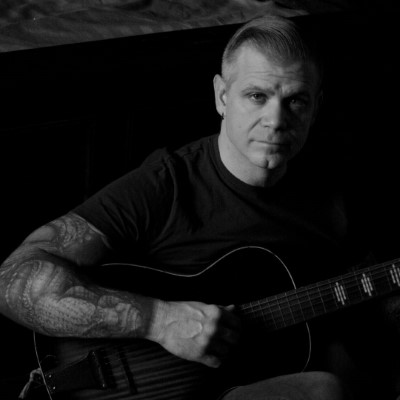 Canadian Alt-Folk singer-songwriter Shane Cloutier has unveiled his new single, “Your Blues”, which digs deep into the uncomfortable truth of toxic relationships.

“”Your Blues” is a song about individuals going back-and-forth with their significant other despite knowing that it’s a bad idea… it’s something that I feel we can all relate to to some degree,” Cloutier explains.

With this release, Shane steps away from sultry folk to bring you a sexy blues tune with just as much punch and grit as his unique guitar playing. Distinctive chord progressions add depth and build to an alluring chorus, which pulls you back in, much like the toxic relationships the lyrics reflect on.

“The feeling of being pulled back into a relationship even through you know it’s toxic… I think this is relevant to everyone and it’s an uncomfortable truth that no relationship is all bad and sometimes we have a hard time balancing out the ying and yang of the whole thing,” says Cloutier.

Shane collaborated with notable musician and multi-time Maple Blues Award winner Tom Bona. With “Your Blues” being the first new single after his successful album release Lie to Me ’til it’s Over in mid-2021.

Check out “Your Blues” below, and find out more about Shane via our Five Questions With segment.

Hello, I’m Shane Cloutier, I’m a singer-songwriter from Orillia, Ontario… although I currently live in the Collingwood/Wasaga Beach area. If I’m not writing music you’ll find me building RC cars or playing Magic the Gathering, Rock n Roll I know!

My single “your blues” was released on March 4, it’s a bit of a departure from my previous indie acoustic albums. It’s a blues song about the unfortunate magnetism we have to toxic relationships sometimes. That makes it sound really heavy but it’s actually a bit cheeky and kind of sultry. My writing has started organically leaning towards a bluesy style and I’m enjoying writing the upcoming blues album.

To be honest, for me, I’ve never been overly concerned with being in the public eye. It’s always just been about the cathartic process of writing and performing. If people like my music and want to listen of course that’s an added bonus, especially when there’s a relatable aspect to it. I’ve mostly used the pandemic time to write and reflect and yes of course have the occasional massive freak out that maybe I’ll never perform again. Now I’m just looking forward to getting out there more and there’s some blues and folk festivals on the horizon so I can’t wait for that.

Stompin’ Tom Connors, because my Dad accidentally had a beer with him one time and said he was a great guy!

Well, we’re making up for lost time so definitely to perform live as much as possible playing and releasing new music as we go. I also can’t wait to get back out there in the real world and see some of my own favourite musicians perform.