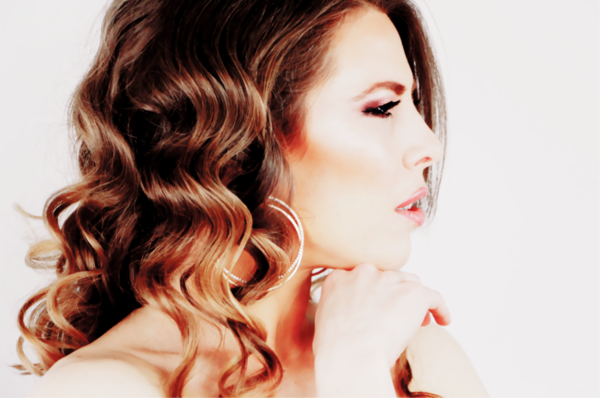 Roxanne has unveiled her new single, “Don’t Break My Heart”. The theme of the track is falling in love but being scared to dive deep for fear of having a broken heart.

Listen to “Don’t Break My Heart” below, and find out more about Roxanne via our mini-interview.

I’m an Ottawa-based singer-songwriter, performing and recording artist, producer, and vocal coach. Music has always been a passion and a creative outlet for me. I love music for so many reasons, but mostly because it permits me to express myself creatively and share that expression with others.

Focused on exploring more genres, I also began performing in local bands including a soca band, a 13-piece Afrobeat band, a rock band, a blues band, and a pop band. At that time, I also found a great love for reggae music, and became the leader of my Ottawa-based Reggae band, Nile Groove, for which I have written and produced “Uncovered”, my debut album released in 2015, and my second album “Insatiable” released in 2017 and released videos including “Why It Gotta Hurt So Bad” and “My Superhero”.

Alongside creating music with Nile Groove, I also went back to my passion for pop and dance music and worked on a project as a solo artist in the genres of pop/dance/EDM. I released my first EDM single “Like Suga” in 2019 and the “Like Suga” official music video, then “Take a Ride” and “Move Yuh Body” in 2020 and released my brand-new pop/R&B single “Don’t Break My Heart” in 2022.

You have just released your new single, “Don’t Break My Heart”, what can you tell us about the writing process of the track?

The making of “Don’t Break My Heart” followed my typical songwriting process, spontaneously jamming out to a beat and a short vocal melody with a few words establishing the theme of the song. Using the piano as my compositional instrument, I further experimented with the vocal melody and lyrics while establishing the chord progression and the song arrangement, then recreating these elements in a music software adding the bass line, and other synth melodies and motifs. “Don’t Break My Heart” was later recorded and produced at Metropolitan Studios in Ottawa with recording and mixing engineer Jason Jaknunas and musician Selah Adem and mastered at PHS Studio in Toronto by mastering engineer Waleed Abdulhamid.

Where do you tend to pull inspiration from in your music career?

I pull all my inspiration from personal life experiences and emotions that I feel. So, all my songs are very personal to me. Each track is its own autobiographical sound segment of an event in my life.

Can fans expect a music video to accompany “Don’t Break My Heart”? If so, when can they expect it?

I can’t confirm the release date yet, but fans can expect a music video of my new track. So, fans, be on the lookout for the video by following my social media.

2022 has been off to an amazing start with the release of my new single. In addition to the upcoming video of “Don’t Break My Heart”, I will be releasing another solo single, so stay tuned!

On the performance side of things, I look forward to performing and reconnecting with fans live and sharing my new material.