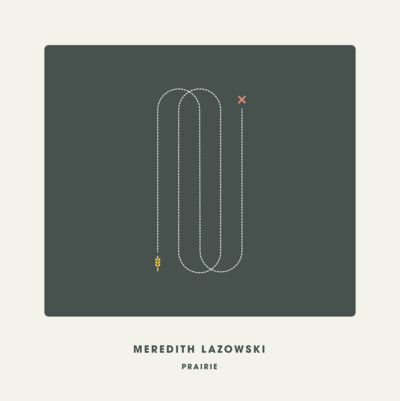 After training and working as a visual designer for several years, Meredith has returned to her musical roots. “Prairie” is Meredith’s tribute to the breathtaking landscape and family influences of the prairies of northern Saskatchewan, Canada. Meredith teamed up with Toronto producer Justin Rutledge (a JUNO Award Winning artist) on the track.

“I believe “Prairie” was the second song I ever wrote. I was sitting in my parents’ living room thinking of ways to commemorate and remember my Prairie summer experiences. I was trying to capture my strong emotional relationship with the Prairie landscape in both my lyrics and my melody. As a visual artist, I sketched these landscapes and searched my photographs for inspiration. The process was organic. It started with the rhythm and the instrumentals, followed by the lyrics. Emphasized is the repetitive, sonorous instrumentals emulating the Prairie landscape and the westerly winds.”

Check out “Prairie” below, and find out more about Meredith via our Five Questions With segment.

Hi there, I’m Meredith Lazowski, an alternative folk and country artist from Toronto, Ontario. After years of putting music on hold to pursue a career in the design/tech industry, I have finally made my way back to release my debut album, Other Way Home. The album consists of songs I have written over the past 15 years, some of which were my earliest compositions. For many years I have been dreaming about compiling these songs into an album – it feels pretty surreal to have done so. When I am not playing music or designing, you can find me playing basketball, hockey or working on various side projects in design, tech, or music.

“Prairie”, is the first single and title track from my debut album Other Way Home. This song I wrote over 15 years ago, and it is the second song I ever composed. It reflects the multiple family visits to my grandmother’s homestead in northern Saskatchewan and how the landscape and family aspect kept calling me back. I have a very large extended family in the west who are mainly farmers, and during my visits, I would often be captivated by the sense of family, music, food, and landscape. I remember coming back from one of my visits and a day or two later writing this song on my parents’ living room couch. I was feeling inspired by these influences that summer and had some vivid visuals embedded in my mind; that’s where the song started. In a way, I wrote it as a tribute to the beauty of Saskatchewan.

For the majority of the pandemic, I was mainly focusing on work behind the scenes and getting the album together. To be honest, I feel like at this time I am making my debut into the music scene this year. I was on a hiatus from performing for a while and am really just getting back into it. Something I have been trying to do in the meantime is network and meet other musicians and creatives, and establish a bit more of a creative community.

This is a very hard question because there are so many incredible Canadian artists! I was lucky enough to work with one of my heroes, Justin Rudledge, on the album. If I had to choose someone else, it would be Feist. She is such an inspiration from a songwriting perspective, and she also crafts exceptional experiences into her performance and her presence. She is someone I would love to learn from especially as a woman in the field.

I have been dreaming of putting these songs together as an album for years now, so my main goal for 2022 is releasing the album. As a byproduct of that, I am hoping to get the chance to meet and collaborate with other musicians. I am excited for what 2022 has to offer.