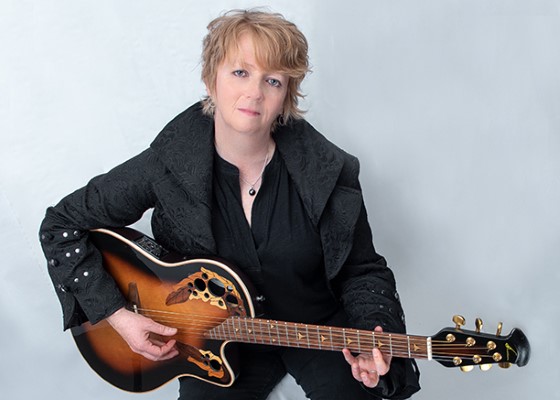 We live in a time when finding ‘proof’ to support our ideas and beliefs is merely a scroll and a click away, and our social media news feeds provide a precision-tailored buffet hot and ready to serve our appetites for confirmation bias. Kele is spotlighting social media’s divisiveness through the ‘thoughts’ of a futuristic AI character in the new release.

“Some say that social media is the ultimate echo chamber,” notes Fleming. “It can give us the ability to connect with like-minded people while shielding ourselves from divergent viewpoints.”

Fleming has witnessed, as many of us have, the dangerous outcomes that can result from being able to surround ourselves with only beliefs or opinions that agree with our own. We can see this scenario play out in daily life now.

“When all we hear are our own voices and ideas reflected back, this does tricky things to our sense of reality and truth, not to mention self-image,” she adds.

An examination of this troublesome societal issue isn’t how this song started out for Fleming and her co-writer Ron Yamauchi. It began as a song about a key character in a new sci-fi musical that the two long-time collaborators started working on in 2018, prior to Fleming writing, recording, and releasing her latest full album in 2020, The Song I’ll Write for the Rest of My Life.

“We weren’t initially thinking of the idea of the world of social media creating an echo chamber,” explains the Ontario-born, Victoria-based artist. “We were envisioning an AI character who has been entrusted with the care of a spaceship crew while they are in hyper sleep. The AI is alone with their thoughts for too long and becomes a little unhinged.”

Watch the video for “Echo Chamber” below, and find out more about Kele via our mini-interview.

Hello out there!  I’m Kele (pronounced Kelly) Fleming. I’m a singer-songwriter living in Victoria, BC. My music explores our modern malaise, the climate emergency, my settler Canadian learning about reconciliation and coming of age as a queer person. I love writing lyrics and poetry and exploring ideas. Many of my songs spring from ideas, verses, observations, musings scribbled in my journals and on scraps of paper. I believe that the power of a striking melody married with impactful words has the ability to move the human heart and change minds.

What made you go and take aim at social media and AI in “Echo Chamber?”

‘Echo Chamber’ was written as one of the key songs for a new sci-fi musical I’m co-writing with longtime collaborator Ron Yamauchi. We weren’t initially thinking of the idea of the world of social media creating an echo chamber.  Rather, we were envisioning an AI character who has been entrusted with the care of a spaceship crew while they are in hypersleep. The AI is alone with their thoughts for too long and becomes a little unhinged. It’s kinda funny now how the voice of this AI character has taken on a different tenor and could very much be embodying the shadow side of the social media algorithms.

The musical, still being finished, is centered around a small crew on spaceship on a deep-space mission to find a suitable home for humanity, a ‘Planet B’ because Earth is becoming unlivable due to climate change. What sci-fi musical would be complete without a synthetic life form with artificial intelligence?  ‘Echo Chamber’ is the character vehicle song for the AI character in the musical.

Do you think social media has missed its potential as a platform for good, or can it still be saved?

I think social media is, and can remain to be, a platform for good. There are galaxies and webs of good people and businesses on all of the platforms that authentically want to create positive, inclusive spaces and connect with others. It’s the shadow side that’s concerning. And, knowing that their algorithms (also created by people) are created to be manipulative and mine for data can create the conditions of the ultimate echo chamber.  It can give us the ability to connect with like-minded people while shielding ourselves from divergent viewpoints. I think we’ve seen some dangerous outcomes of living in a time when we are able to surround ourselves with only beliefs or opinions that only agree with our own. When all we hear are our own voices and ideas reflected back, this can do tricky things to our sense of reality and truth, not to mention self image.

I’ve found that social media has been a connector during the pandemic. I’ve met many musicians and collaborators from all over the world over the past two years. I’d say that my community has been enriched because of social media. On the flip side, I’ve also seen it can be divisive and dangerous. Recently, here in Canada, I’ve seen this embodied in some of the dis- and misinformation surrounding the ‘Freedom Convoy’ occupation of Ottawa. It’s not a pretty picture of our present and future if we’re all hurling through space isolated in our own little echo chambers, with no opportunity to consider viewpoints or beliefs or identities different from our own.

What’s the best part of living in Victoria?

I lived in Vancouver for 20+ years and started to find I couldn’t catch my breath and relax. I moved to Victoria just under 2 years ago to embrace a more meditative pace to life and have more time and space for creativity. And, Victoria is rich with musical talent. I’ve really enjoyed meeting and connecting with musicians and artists here, and look forward to more!

Hmmmm…So many wonderful artists to choose from, it’s so hard to choose. I’d go back in time and see Joni Mitchell in concert 60 years ago as she was growing into the phenomenal artist she is.