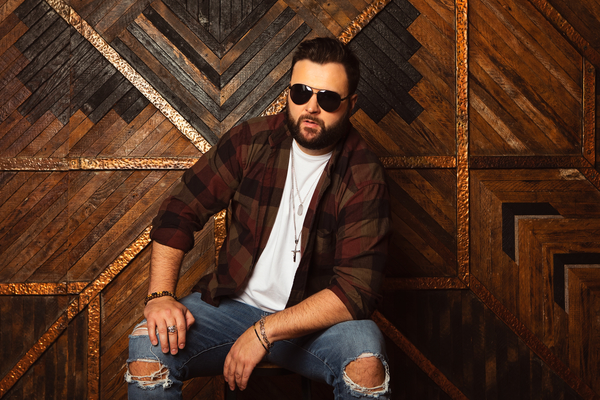 Canada’s Chris Buck is back with his first piece of new music after two years. His new single “Can’t Beat the View” is a love letter to the special person in his life and will accompany a brand new music video later this month.

Buck, now a Nashville-based artist, recently signed a publishing deal with Anthem Entertainment and signed with Sakamoto Music — via Warner Music Canada. With a new team behind him, he’s ready to begin releasing more music for his country fans.

Having garnered fast fame thanks to his Billboard Top 20 hit “That’s When You Know” alongside fellow Canadian, Kira Isabella, Buck went on to five Top 40 singles and perform on some of the country’s biggest stages, including Boots and Hearts, Rockin’ River Music Fest, and The Calgary Stampede.

We caught up with the reimbursed country star to learn about his move to Nashville, the new single and his plans for 2022.

When you first made the move to Nashville, what were some of the biggest differences you noticed when it came to the music scene?

The talent! When you arrive, you realize how much talent is down here and it’s exciting to see how much everybody is dedicated to their art. This has been a huge motivator to me.

What did you learn about yourself as a songwriter and an artist in the two years you took off from releasing new music?

A lot! No matter how big your musical team is or how much money you have invested, you need to have GREAT SONGS! I’ve never written so much for a batch of new songs and I know it will show.

Tell us about the inspiration behind your new single, “Can’t Beat the View” and how your current relationship has influenced the way you write music.

This song came together accidentally! And turned into something so special.

At that point, I had been dating my girlfriend for about a year and a half, and that’s where the inspiration came from, really. It’s basically about how you’ve seen all the beautiful sights in the world, but your girl beats all of them at the end of the day. I think that’s an idea a lot of people are going to relate to.

Is there an EP on the horizon or are you in the process of writing/recording new material?

There is an EP actually finished already and this fall it will be out for everyone to hear!

Having played on so many big stages in Canada, from The Calgary Stampede to Boots and Hearts, are you ready to get back out on the road and tour again?

I am SOOOOOOOO ready!!! Something I truly miss and can’t wait to play all my new music in front of my fans. Let’s gooooooooo.