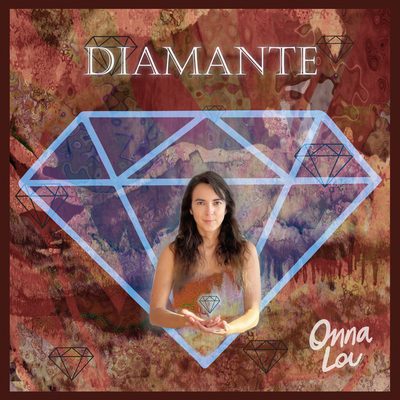 Argentinian-Winnipegger Onna Lou gears up to release her brand new album next month, the world-class artist will be releasing two additional singles before the full project comes out this April.

Today, on International Women’s Day, Onna Lou has unveiled the new single, “Diamante”. The track is a powerful anthem aimed at lifting the spirits of women and all those facing oppression, whether it’s societal, cultural, or directly from a person in their life.

“Diamonds form under high pressure and temperature, where fluids transform into the hardest and most beautiful of rocks. I think that when we survive, when we honor ourselves, when we let others in, when we light a match in the darkest of moments, all the weight of that which we had to go through turns us into diamonds.”

Check out “Diamante” below, and find out more about Onna Lou via our Five Questions With segment.

I am Onna Lou, an Argentine living in Winnipeg since 2016. My passion is writing and performing songs. I love bringing traditional genres to the present, taking from all the styles that have nourished my soul to make my own new expression. In my songs you can recognize pop-rock, folk music from Argentina and all Latin America, tango, jazz, and even a touch of flamenco.

“Diamante” is my sixth single from my second album which I’ll be releasing in April and I am so grateful to be able to share this with the world, specially in the trying times we live in. This song is a cry of hope to lift the spirit of anyone who suffers oppression by a particular person in their life, or by society or culture at large. It goes through some aspects of women’s situation in today’s culture to become a sort of hymn to freedom for anyone no matter their gender. The message is distilled in these three lines of the lyrics: “Lift your gaze, your moment is now, you are a rock, your strength overflows. Whoever has their foot on you, emerge from beneath and liberate yourself. Let them know you’ve taken their heavy weight and have become a diamond”.

Diamonds form under high pressure and temperature, where fluids are transformed into the hardest and most beautiful of rocks. I think that when we survive and honor our dignity, we are lighting a match and no matter how small the light, it breaks darkness irrevocably. All the weight of that which we had to go through turns us into diamonds.

By producing and releasing songs, giving it my all to each one of them, and by performing every week live on my Instagram in a program I created called “Lunch Break with Onna Lou”. I started it in 2020 and have kept going since, every week rain or shine. This has been key for me in keeping my sanity through everything we went through and at the same time in connecting with fans all over the world.

I would have to say Alanis Morissette. Her powerful way of singing, how genuine her songs are, and her fearless honesty… listening and singing her songs to oblivion when I was a teenager I think has had a great impact on the way I go about my writing, performing, and being an artist today.

Releasing my second album and then performing for as many people as I can in as many places that will have me! Getting my songs to as many ears and hearts as possible. On the creative side I will embark on the writing of my third album where I will dig deeper into Latin American folk music, working with amazing colleagues here in Winnipeg.