Jane Inc. shares “Contortionists” from upcoming album, Faster Than I Can Take 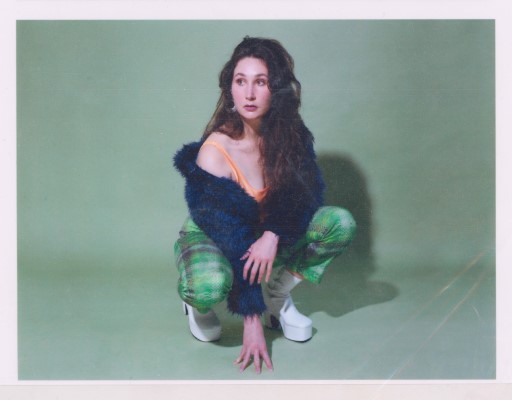 Toronto-based artist, Jane Inc. (aka Carlyn Bezic) released her latest single, “Contortionists”, on February 15. This release signals the announcement of her second record, Faster Than I Can Take, set to be released on April 22 through Telephone Explosion Records.

Jane, Inc.’s latest single, “Contortionists”, boasts a voice that “floats over a landscape of spare, warping synths and ethereal backing vocals from labelmate, Dorothea Paas (U.S. Girls, Badge Epoque Ensemble)”. The lyrics seem to describe the all too familiar pandemic scene, with lyrics “The Laws of time have changed / months pass in minutes, hours feel like days.” The melody then takes a turn and begins to “swirl and bend back over itself”, allowing a deeper theme to creep in.

The album Faster Than I Can Take, is the follow-up to Jane Inc.’s 2021 debut entitled Number One. Bezic “uses all the tools at her disposal – a Prince-like ability to shred harmonic guitar riffs over deep, danceable grooves, an eagerness to experiment with form, and lyricism that seamlessly links the personal and the political”. According to Bezic, “At first I thought I was making a record about time, but I was actually making a record about how, in moments of intense anxiety, you’re living in the past, present and future at the same time. A million moments existing at once, real and imagined.”

Fans of Jane, Inc. have a new single and album to look forward to. Belzic channelled her creativity to both write and produce the album. This “marks an exciting step forwards for the artist, turning the dial on the warbling synths and laser-focused guitar lines while marking a step-up in her ability to splice a playful pop chorus with a witty analysis of the complexity of existence.” Make sure to keep an eye out for future singles and Jane, Inc.’s latest album.