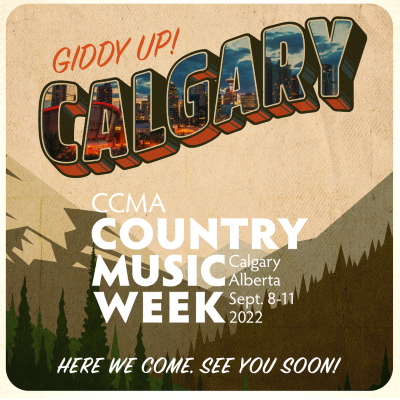 Seen as an emerging music city, thanks to its roots deep in country music, Calgary is welcoming the CCMA’s for the 10th time, making Alberta’s largest city the most visited by the coveted Awards show. “Hosting Country Music Week and the Canadian Country Music Awards is a great opportunity to showcase Calgary as a music city,” said Ben Graham, Chair of the local CCMA Host Committee, in a statement to the press. “We’re home of the Canadian Country Music Hall of Fame, the Music Mile, over 30 year-round music festivals, and the greatest outdoor show on earth, The Calgary Stampede – which showcases country music’s best artists every year.”

Country music fans in Calgary can expect everything from the Songwriters Series, to artist’s meet and greets over the course of the festival; all of which will be announced as the Country Music Week 2022 programming schedule is released in the days and months leading up to the festival. Calgarians are encouraged to stay tuned for upcoming ticket on-sale information later this spring by checking out the CCMA official Instagram account and Tourism Calgary.