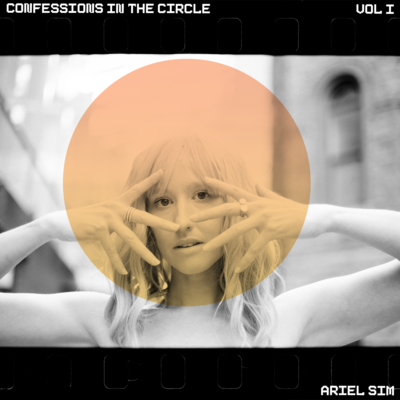 Singer-songwriter/composer Ariel Sim has unveiled her debut EP, Confessions in the Circle (Vol. 1), which is just shy of 20 minutes long. She states she wanted it to feel like a radio documentary—like you’re right in the middle, watching the music being created in her family’s living room.

Utilizing the genres of neo-soul, spoken-word, jazz, afro-fusion, Celtic, and RnB, Confessions in the Circle (Vol.1), is a personal journey into spiritual healing, letting the past go, and the reclamation of an individual’s spirit.

The lead single, “Spirits,” is an experimental new age soul number that touches on the power of reconnecting with the Earth and its communities from all walks of life. It’s hard to pinpoint the genre of “Spirits,” but you could call it world music.

The music video, directed by Paul Ohonsi and Nolan Veneklassen, is also a piece of experimental art, featuring Ariel drifting in and out of the water while she and a group of characters perform choreographed and freestyle dances. It sometimes feels like a ’90s hip hop video, but also a series of musical, cinematic reawakenings.

“The whole EP is made of songs and poems that are an earnest look at my own imperfect journey and mind, but I hope it will connect in its own way to the global community,” Ariel says. “Like you’re oscillating in and out of real-life and a dream.”

At its heart, Confessions in the Circle (Vol.1) is also a family album, featuring Ariel’s father (saxophone), mother (flute), and brother (guitar) on various tracks. One example, “Interlude – Variations on a Standard,” is a jazzy, acoustic impromptu cover of Burt Bacharach and Hal David’s “What the World Needs Now Is Love.”

“As an anthropologist/ethnographer, I’m a bit obsessed with documenting the sounds and visuals of my life, ” Sim says. “I had compiled this library of voice memos over the last 10 years and I decided to layer different sounds together to create a sound story with them that stitches the studio tracks together.”