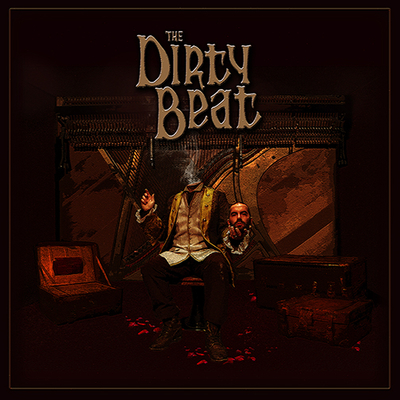 Canada’s The Dirty Beat has unveiled his new single, “Birds”.

Landing alongside The Dirty Beat’s self-titled new album, “Birds” is a song unlike any other with its unique instrumentation and compositional depth that rival the most prominent music production houses. As the brainchild and sole member of The Dirty Beat, Warren G. Funk channels the energy of the greatest hard rock legends while telling soul-wrenching tales of triumph and despair.  Bone-crushing vocal harmonies and planet-shifting percussion take center stage as heavy-folk melodies fill listeners’ ears and open minds.

The release has been a long time coming for the Winnipeg-based artist who began his artistic journey singing and playing multiple instruments in Mennonite church congregations through his early years.

The fiery self-titled debut album found in The Dirty Beat is the culmination of years of blood, sweat, and tears dedicated to all dreamers; after receiving a Canada Council grant in 2007, the first attempt at Funk’s debut album fell apart after several personal and logistical factors halted production.

A decade of self-imposed creative and public isolation passed throughout which the ghosts of unfulfilled dreams haunted Funk. Ultimately, the hopeful warmth of his wife and daughter was the jolt of electricity needed to push Warren G. Funk towards his artistic aspirations.

“Ultimately this album is about resilience and resurrection through love and the unbridled drive of creation,” he shares.

This project was funded in part by FACTOR, the Government of Canada, and Canada’s private radio broadcasters.

Check out the new single, “Birds” below, and stay up to date with The Dirty Beat via his socials.