Caveat to play Dickens Pub in Calgary, AB in celebration of their new album, Alchemy 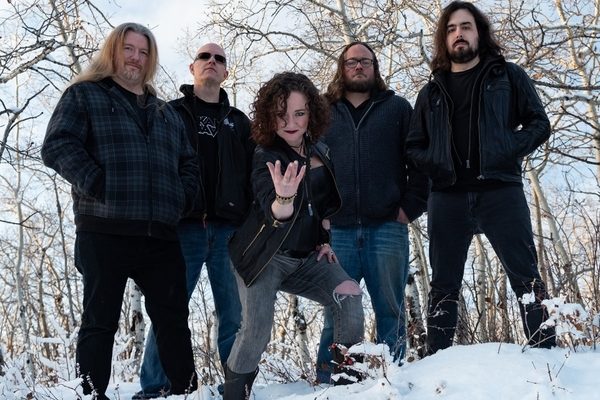 On February 11, 2022, Calgary’s own Experimental Metal band Caveat released their fifth studio album Alchemy, after being delayed due to a global pandemic. The early stages of the recording began in 2018 with the new member, Amanda Marie Bourdon, taking over the lead on the vocals while guitarist and vocalist Greg Musgrove stepped back to support Amanda Marie Bourdon with vocal duties.

“Infinite” is the first single of the new album Alchemy and is considered one of the heaviest tracks written by Caveat that can stand in the ranks of heavy metal bands such as Gojira and Meshuggah. “Infinite” will give listeners sore necks from headbanging along with the powerful drums, shredding guitars, intricate bass work, and duel vocals.

The second single of the album is the title track “Alchemy” which is a progressive metal assault that combines Amanda Marie Bourdon vocals paired with Matt Pettis excellent bass playing. “Alchemy” showcases a more elaborate songwriting style to date. The song is taken from the powers of addiction as we search for that elixir to help us get feeling euphoric again regardless of what it does to our health and well-being.

After writing music and performing together for almost two decades, Caveat continues to write songs until they feel as a collective that musically and lyrically the songs bring the listeners on the musical journey. The contrast between the two powerful vocalists, allows Caveat to explore a more immersive songwriting experience that brings the senses of light and dark moods to listeners.

If you are fans of heavy metal bands such as Devin Townsend Project, Gojira, Opeth, and Meshuggah, or of any other hard-hitting, face-melting metal, Caveat are the ones to recommend. You can catch them at Dickens Pub in Calgary on March 5, 2022, for their album release party. For more information, go HERE.