Home / Promos / Tim Hicks starts off 2022 with the release of his latest single, a ballad, “Whiskey Does”

Tim Hicks starts off 2022 with the release of his latest single, a ballad, “Whiskey Does” 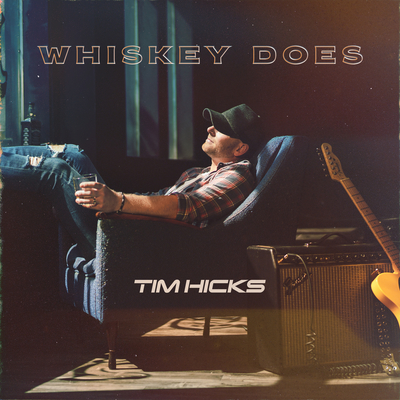 On February 25, multi-platinum and award-winning country star Tim Hicks delivered to the world his new single “Whiskey Does” via Open Road Recordings. This is the first release of the year for this four-time JUNO Award nominee and CCMA Award winner and with it, the stage has been set for what’s to come as he unveils the next chapter in his career. What an exciting year it’s going to be for both Hicks and fans alike. The song was written by Tim Hicks, Deric Ruttan, and Monty Criswell and produced by Deric Ruttan.

“Whiskey Does” showcases Hicks’s versatility, whether it be performing an arena-sized anthem to an intimate ballad. He has no problem jumping from one to the other to deliver track after track with unparalleled quality and consistency. “Whiskey Does” is a heartbreaking story with an inebriating effect and is grounded by his unmistakable voice.

Of the song says Hicks,

“I’m so proud of this one. I wrote it with Deric Ruttan and Monty Criswell last year and have been looking forward to sharing it ever since. I think everyone’s been in a relationship at some point in their life that’s maybe not the best relationship for you, but there’s something there that keeps you going back to the well to ‘try again.’ This time the singer decides his love interest does all the same things to him as whiskey does and he’s decided to choose the whiskey over the toxic relationship. It makes for a good country song.”

Everything’s black and white after I’ve had a few
Yeah, whiskey might not love me but neither do you

Hey, you wanna make me late for work
Make me forget how bad love hurts
Well baby, I got news for you
Whiskey does that too