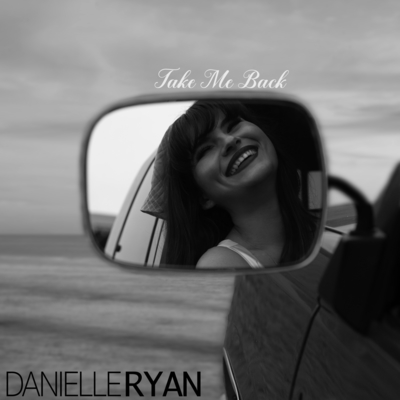 For over a decade, Danielle Ryan has been hard at work honing her writing and performance skills behind the curtain. Born and raised on her great grandfather’s dairy farm in rural British Columbia, she grew up with a sharp awareness of the mechanics of modern pop thanks to some of the artists who helped shape her sound. And, on February 25 via 604 Records, this Canadian singer-songwriter released her amazing new single “Take Me Back.”

We, at Canadian Beats, had the chance to catch up with Ryan to chat about her single and more and we thank her for taking the time to hang out for that.

Hi Danielle. Let’s chat about your new single, “Take Me Back” …

Tell us a bit about this tune and how you would best describe your music?

It was when I was scrolling through Instagram one day and I was seeing all of these posts captioned “Take Me Back.” The photo would be of them at the beach years back, or before they had kids, or back when they were skinny (joke). That became the inspiration when writing the song. If you’ve ever had a moment in time, you wish you could get back to, this one’s for you.

I guess you could say that my music is country/pop. My process is always to make the song sound like how it was written. Meaning; if it sounds really country just record it country, and same with pop. There’s no point trying to fight something to make it fit a mould.

Did you write “Take Me Back” on your own or as a co-write?

“Take Me Back” was one that I wrote myself in a couple hours on my bedroom floor. I was in a spot where a relationship had just ended. I was still caught up in all the memories of how good it was before it started crashing down.

Who produced it and where?

I went to Calgary to record this one with Spencer Cheyne and Justin Kudding. I remember my first night there I was settling into my hotel in the city and I felt so homesick. The next day I was scheduled to start recording. On my drive to the studio, I thought my GPS was broken because it was taking me down all these deserted gravel roads. I usually just show up wherever the producer tells me to go so I didn’t actually know what OCL Studios was going to look like. It ended up being in the middle of farm land and it felt so much like home. The rest of the week was amazing and the producers really brought the song to life.

First – I’m hoping they’ll want to play it again. I hope it’s a song that makes you want to dance and smile. We need that more than ever these days.

Let’s now chat a bit about you …

As a songwriter, give us an insight into your creative process. What gets you writing songs?

I don’t know that I have one specific way of writing. Sometimes it can be a melody that comes to mind and other times it’s a concept for a song. Sometimes I write when I’m inspired but for the most part it’s a scheduled time slot in my day to be creative. I am sitting down by myself or with a co-writer and forcing my brain to write because now it’s my job, not an afterschool hobby like
before.

What significant lessons or takeaways have you learned from over these past two years?

Life doesn’t always go the way you want it to, sometimes God has other plans.

What can we expect from you in the coming months?

It’s hard to plan ahead these days but there will be a few summer shows and festivals. I’ll also be all over social media releasing lots of entertainment and new music.

Last but certainly not least. If you could have one thing that your fans could remember about you, what would it be?

That I’m awesome (and have a dry sense of humour).

We, at Canadianbeats.ca, thank you Danielle so much for taking the time for this interview. We wish you much success with “Take Me Back” and continued success in the upcoming months.