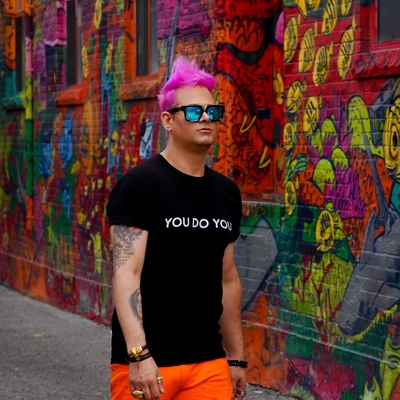 With the rapid growth of SO FIERCE MUSIC over the last year, and more singles to drop in the coming months with CDR Queens and other notable LGBTQ2SIA+ artists.

Velvet has been called “The Queen Hit Maker” because of their work with Drag Recording Artists around the world.

Check out the video for “La Pusetta” below, and find out more about Velvet Code via our Five Questions With segment.

I would love to produce a track with The Weeknd. His recent album brings back memories of the 80s for me, my childhood, and I would love the opportunity to collaborate with him on something similar.

To have a successful event debut and I hope you can all make it! It’s going to be a Fierce and Fabulous Affair, taking place on June 9, 2022. More details can be found at www.sofiercemusic.com