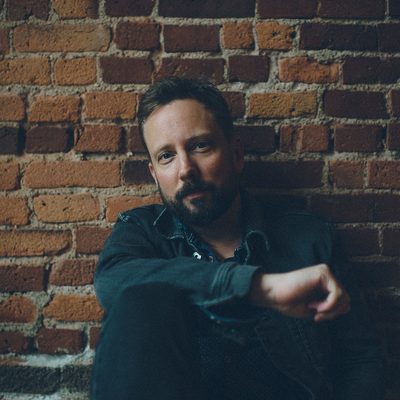 Canadian singer-songwriter Ryan McMahon is ready to hit the road once again with his 2022 tour.

McMahon’s no stranger to a live stage with numerous cross-country shows under his belt. He’s released five full-length albums and shared the stage with a diverse roster of Canadian artists, including Buffy Ste. Marie, Mother Mother, and Nickleback.

Carving out a successful 20-year career as a Canadian musician, McMahon is an independent artist making music on his own terms. You’ve probably heard one of his songs on hit shows Californication and the Vancouver island-produced series Chesapeake Shores.

We caught up with Ryan McMahon to learn more about his upcoming tour, connecting with fans, and the new music he has in store.

As an artist who’s toured around Canada for many years now, what would you say is your favourite part about going out on the road and playing for fans?

I’d say equal parts seeing familiar faces who have been in my corner for years, and connecting with new friends I never knew existed. There are folks out there that you run into that you find you have a stunning amount in common with and I find that feeling makes this wild world seem a little warmer; maybe a place I relate to more than I thought. This is a great country. The differences between us melt away when everybody’s in the room, taking in the experience that is live music, and there’s nothing more satisfying than being able to be a facilitator of that kind of atmosphere.

Has the pandemic changed the way you approach your creative process?

If the pandemic afforded me anything, it was the time to re-calibrate and just focus on being a better songwriter. While everything I write has always been hyper-personal to me, something about the times that we’ve just been through made it important for me to kind of leave a light on in the songs for the listener to find something for themselves. So I don’t know if it’s my age or current state of mind, but it’s never been more important to me to connect to the listener. There’s got to be something in the song for them to latch onto – something bigger than just a hook, and I feel the current batch of songs I’m sitting on has that to offer. A by-product of all that down-time off the road was that I could leave mics set up in my studio for days and weeks on end. I was able to record demos in a way that once it was time to hit the studio with the session musicians, the songs were quite fleshed out with nearly-finalized guitar parts, organ parts, and vocal harmonies. The time the pandemic afforded me to create was something I actually cherished.

What’s been your favourite recording experience so far? You’ve made a lot of music in your career, does anything stick out in particular?

With every album, there are bits of nostalgia that immediately come to mind for me. It’s really hard to pick a favourite, because I’ve had the privilege of working with so many wonderful and talented folks over the years. I mean, coming up & learning about making records with Rick Salt in Nanaimo, Mike Rogerson at Bakerstreet in Vancouver, and later Zak Cohen at the Woodshop in Duncan…I’ll take lessons that I’ve learned from those people into every recording experience moving forward. They formed me and informed me. Working with Cohen on ‘In Line For a Smile’ meant a lot to me, because it marked my first co-production effort. We’d start our days early and did about a song a day for 10 days straight. I remember driving out to the studio every morning, along this long and winding country road, feeling like I understood what my Dad felt going to work in the mornings all those years. Our tools and our trades were different, but I liked to believe our work ethics were the same.

You have a new single coming out on April 22nd called One More Fire. Tell us what we can expect from this new music.

“One More Fire” came to be after a conversation I had with Aaron Pritchett. Aaron has been in my corner for the past couple of years after we performed at a charity event at Ronald McDonald House in Vancouver. He helped set up the studio time at the Warehouse in Vancouver where we recorded and hooked me into a relationship with his son Jordan and his gal Danielle, who co-produced the song. So for months, we knew we were going to record something, but we hadn’t decided on what. Aaron and I got together & chatted about having a few more up-tempo numbers to choose from, in hopes of going to radio. I went home and wrote “One More Fire” almost immediately, and beyond it’s decidedly poppier and accessible sound, the lyrics meant the world to me. I just poured my heart into it and kept things direct and honest. It’s a song about redemption and grabbing onto an opportunity to choose happiness, and riding that wave for as long as you can. Every song I’ve written since has been a continuation of that notion, and I feel like it’s unlocked a new side of me.

We know you’re hitting the road again in March and you’ve got a new single to look out for — but what do you think the rest of 2022 has in store? Are there any must-dos to check off your list?

In March I’ll find myself at the Warehouse once again to record two follow-up singles to “One More Fire”. Ultimately, we’re hoping to have the full album done by the end of the year, and we’ll be releasing singles all along the way. There’s also a video coming soon, some summer festival announcements coming, and hopefully, some more tour dates with my band this coming fall. It feels so great to be busy again!