Josh Ramsay, front man for Marianas Trench, has jumped genres and released his single “Best of Me” (Feat. Dallas Smith) 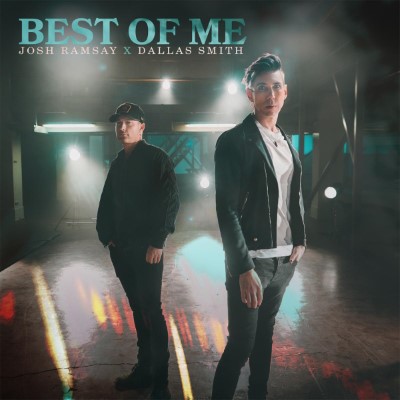 “Best of Me” is the second single released from Josh Ramsay‘s forthcoming, debut solo album, The Josh Ramsay Show, which is set to release this spring via 604 Records. Ramsay is a multi-instrumentalist and his album plays like his very own variety show. For this single, he has partnered with former long-time label mate, multiple JUNO and CCMA Award winner, and country music powerhouse Dallas Smith.

“Best Of Me” is a storytelling-style country track that paints the picture of heartbreak, forgiveness, and warfare in love. The lyrical story takes listeners through powerful truths, accompanied by tempo-building rhythm.

About working with Dallas Smith, Ramsay says this,

“I wrote this song picturing Dallas’s voice. But what came out of him was better than anything I could’ve imagined. We had a blast singing together. I love the way our voices sound with each other.”

Ramsay explains what inspired the song,

“Before we got married, there was a time when my wife and I were split up. I felt like I couldn’t successfully be with anyone else because the best parts of me were still wrapped up in her. This proved to be very true for both of us – and we got back together and got married in the end.”

True to himself, fans can expect Ramsay to push himself further into creative exploration on his upcoming album, from working across multiple genres and writing styles, to working with an array of spectacularly talented musicians. These include 3x CCMA Awards Entertainer of the Year Dallas Smith, DJ Sharkpocalypse, Fefe Dobson, Fionn, Ria Mae, Sara Ramsay, JUNO Award-winner Serena Ryder, Tyler Shaw, and 12x JUNO Award-winner and Nickelback frontman Chad Kroeger.