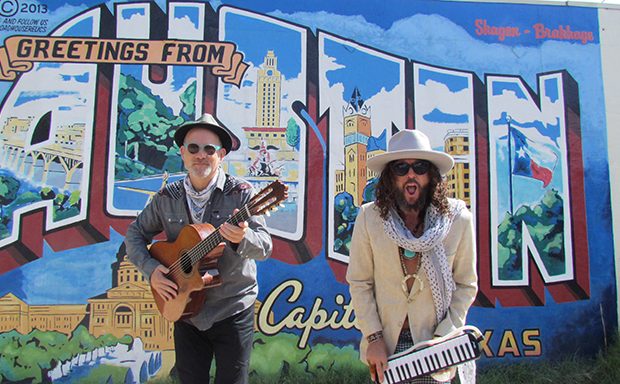 Indie pop-rockers SuperTonic have unveiled their new single, “Wide Awake”, the latest to arrive from their recent LP, Time to Repair.

Featuring Big Sugar’s Gordie Johnson, “Wide Awake” is an ethereal, indie-rock uprising that mellows out the listener while enticing them to stay and enjoy.

The accompanying video for the song features SuperTonic co-fronts Jay Stiles and David Pulkingham in a room of candles as their combined vox soothes and calms over the melodies; the listener is dared to identify with the lyrics, the opening nearly melancholic, as it fades into beautiful optimism.

First forming SuperTonic during the preliminary onset of the pandemic in March of 2020, Stiles and Pulkingham wrote and recorded the 10-song-strong LP Time to Repair in the Spring of that year.

Soon, they fleshed out the group with Alan Eckert (drums), Gordie Johnson (bass, vocals), and Frank Deresti (bass); Johnson would go on to mix the album, while Howie Wienberg in Los Angeles mastered.

Based between Austin and Collingwood, ON, Jay Stiles has made himself known as the leading go-to for his impressive talents and musicianship. Having worked with Austin mainstays like Black Pumas and Shinyribs, plus Ontario songwriting giants Big Sugar and Pat Robitaille, Stiles specializes in vintage keyboards, including Hammond organ, Wurlitzer electric piano, clavinet, and Rhodes.

David Pulkingham is a Texas-native and music community heavy-weight, having spent 25 years as a guitarist, singer/songwriter, producer, and teacher in Austin. With two instrumental albums to his credit, he currently tours with Patty Griffin and has played with her for the past 8 years. He co-wrote two songs on her recent Grammy-winning eponymous album. In addition to his extensive touring work with Alejandro Escovedo, Carrie Rodriguez, and Sara Watkins, David has performed with both the Lampedusa and Lantern tours to benefit refugee services. On these performances, he served as an accompanist for the likes of Robert Plant, EmmyLou Harris, Steve Earle, Joan Baez, Jackson Browne, Buddy Miller, Lucinda Williams, and Lila Downs.

Check out the video for “Wide Awake” below, and stay up to date with SuperTonic via their socials.