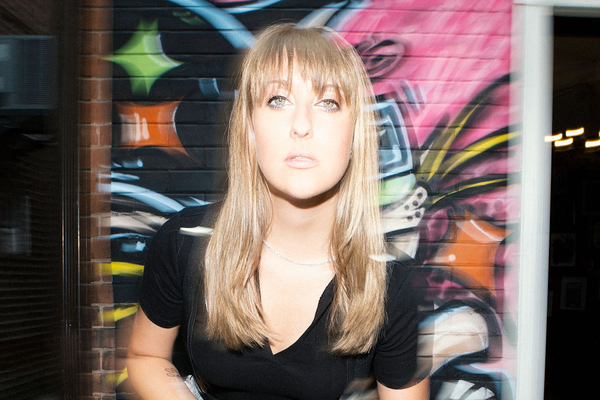 Toronto’s Melotika has unveiled a video for her single, “Digital Dreams”, which follows the release of her 2021 EP, Dancing Without You.

Known for unabashedly drawing from her personal, real-life experiences to frame her songs, “Digital Dreams” sees Melotika ponder those who routinely eschew real life for the metaverse of their mobile devices.

Somewhat ironically, the singer says the song wasn’t originally destined to be released as a single.

“’Digital Dreams’ was originally slated to be one of two b-sides on Dancing Without You, ” she recalls. “But I kept coming back to it. I had a strong feeling that it could be more, and ended up  crafting new lyrics that felt super relevant to the times we’re living in.”

Referring to the style of the song as her “new disco approach,” Melotika sought out and employed synths from the 70s and 80s to maintain the authenticity of the era she drew influence from.

Working with noted American producer Twocann, Melotika says the two immediately connected on both the vibe and vision that she had for the song.

“Songwriting is such a personal experience. You have to allow yourself to be vulnerable to a certain extent to help build a connection and trust with this other person helping bring the song to life. And in the end, working with Twocann turned out to be one of the most enjoyable experiences I’ve had in the studio to date.”

The upbeat, colourful video for the track alternates between daytime and nighttime scenes but also includes flourishes of animation and a myriad of special effects throughout that align with key lyrics from the song.

Watch the video below, and stay up to date with Melotika via her socials.