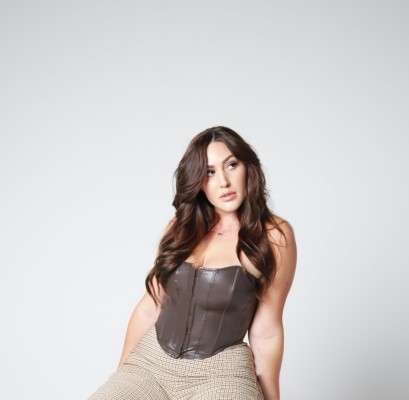 It wouldn’t be surprising if you still had Alyssa Reid’s “Alone Again” in your head from back in 2010. Not only was it a stellar debut single based on Heart’s “Alone”, but it’s the song that really put this Brampton artist’s name & sound on the map. Read on to find out how she’s departed that musical version of herself including on her new single “Roses”, which is contributing to a charity that so many Canadians can benefit from.

Time-wise, it’s been 12 years this November since we were introduced to your first single “Alone Again”! What would you say are the top three biggest lessons learned from then to now?

1. Don’t be afraid to tell people when something doesn’t match your creative vision. When I was younger, there were more instances of me letting people steer the ship because I was afraid to offend.

2. Don’t bring your baby blanket on tour. The tour van will absolutely get broken into and everyone’s luggage will get stolen. (Do bring a pillow though.)

3. The lows are just as important as the highs. Aside from being humbled by failure, the lows help you appreciate the momentum when it’s there.

What made you decide to start releasing music under the alias ASHS as opposed to your name?

I wanted the ability to create on a blank slate, under a faceless alias so I could experiment freely, with no preconceived notions of what people expected to hear from me. It was the most fun I’ve ever had creatively, and I loved that songs and interviews I did when I was a cringy teenager weren’t popping up when people searched for the new project online. 😂 I hate the term “passion project” but I feel like it’s a good name for it considering it helped me fall in love with creating again.

You’ve become involved in The LifeLine Canada Foundation, including fundraising with new single “Roses”. How did you initially get involved and what would you like readers to know about the foundation/how they can help?

I was doing some research online and came across TLC, (a foundation focused on mental health resilience and suicide prevention) and really loved how accessible the website was. What really captured me was that they not only provided tons of resources for crisis management but also had a lot of tools for coping in your day-to-day life.

With the new single “Roses” touching so heavily on mental health, I wanted to use the opportunity to fundraise for a great foundation, and The Lifeline Canada felt like the perfect fit. I’m raffling off three personalized moleskin journals with handwritten lyrics of “Roses”, as well as a few other surprise prizes! All proceeds will go to TLC! (Link for the raffle can be found in my Instagram bio).

What are some of the most important pieces of advice you’ve been given as an artist that would you pass along to others?

I think the best advice I can give is just to be yourself and put yourself out there to be heard as much as you can. I know that sounds like obvious advice, but authenticity is so important in this industry. I see so many people being who they THINK they are supposed to be, and that will never end up resonating with people. Especially in the era of social media where we’re so conditioned to only present our best to the world. If you aren’t afraid of being so postured all the time, you’ll give people a chance to really know (and connect) with you.

What are your goals/plans over the next few months?

Create more music, play more shows! The Canadian music industry was hit hard with lockdowns and I’m very ready to get back out and play some music. Zoom writing sessions have ZERO vibe, so it’s nice to finally be back in studio creating again!