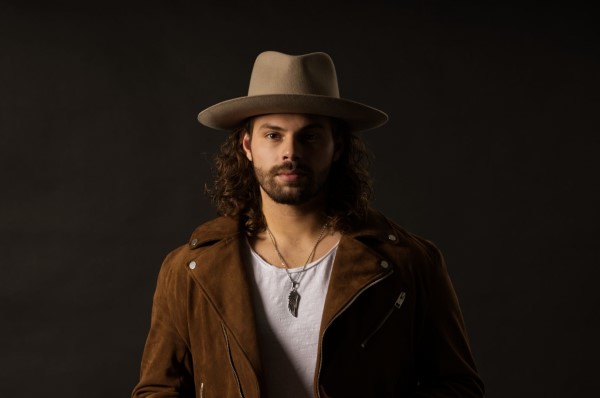 Calgary-born and raised singer-songwriter, Devin Cooper has announced his debut album, Good Things will be released on March 25, 2022.

Recently he unveiled his new single, “Back Pocket”, which comes hot on the heels of the fan-favourite and the album’s title track “Good Things”.

Written by Cooper and Drew Gregory and fuelled by a driving drum beat and unforgettable harmonies, “Back Pocket” celebrates the power found in partnership.

“After we wrote this song I really understood that anything is possible when you have the right person in your corner,” said Cooper of the new single. “It’s true that a good solid relationship allows you to literally take on anything and I hope that when people hear this song the first thing that comes to mind is someone who has been there for them, through the highs and lows.”

Check out “Back Pocket” below, and find out more about Devin via our Five Questions With segment.

Hey, I’m Devin Cooper. I’m a country-rock artist based out of Calgary, AB, but am originally from the small town of Innisfail, AB. I grew up playing southern rock and blues, and really got into country music when I dove into songwriting. I started playing guitar when I was 7 years old… And the rest is history! Haha. I spent a ton of time in my Dad’s shop while I was growing up – watching and helping him build custom motorcycles and hot rods, and I think that’s where I got the creative bug from. It was so cool watching him build something out of nothing… And I think that goes the same for songwriting and creating music. I’ve been touring around mostly western Canada for about 5 years now, and am just getting ready to release by debut record, Good Things, in March of 2022.

My latest single, Back Pocket, is all about having that special person in your life and gettin’ through anything that comes your way. I wrote this tune with my buddy, Drew Gregory back in Jan. of 2020. After we wrote this song I really understood that anything is possible when you have the right person in your corner. It’s true that a good solid relationship allows you to literally take on anything and I hope that when people hear this song the first thing that comes to mind is someone who has been there for them, through the highs and lows.

It’s definitely been a bit of a challenge. For a few years prior to the global pandemic, playing live shows is all I did. Other than writing songs, I was out playing shows 5-6 nights a week – so my last couple of years have definitely been a lot different.

I think social media has been the greatest way to keep in touch with my fans. At the start of this whole thing, I was doing weekly live stream concerts, “The Thursday Night Basement Burner”. Those were a really great way to build some new fans, and build even stronger connections with some of my existing fans.

Thankfully, in Alberta, we’ve been able to play a few shows here and there which has been incredible. I’ve done a couple of drive in shows, one, in particular, that was fantastic, with a couple of friends of mine, Jade Eagleson and Mariya Stokes. That show was a blast. This past summer was really great – myself and the band got to play Nashville North at the Calgary Stampede, as well as a bunch of other outdoor events that really help build some personal connections with new and old fans.

I’m really looking forward to getting back out and playing shows and getting on the road to meet some new folks.

What a question! Man, that’s a tough one. I’d have to say probably Bryan Adams… Man, that guy can sing… and perform…. and he’s also an unbelievable songwriter. He’s had such an amazing career – decades of hits, taking Canada to the international stage, and his songs have stood the test of time. Having the chance to sit down and work with him would be unreal. I can’t imagine the stories, knowledge, and advice that guy could share.

I’m really excited to release some more music as the year progresses and would love to get out on the road. Although I’ve played hundreds of shows over the past couple of years, we’ve never done an official tour, with a start and end date. I would love to throw the band in a couple of vans, and really hit the road… I think we’ve gotta make it happen.