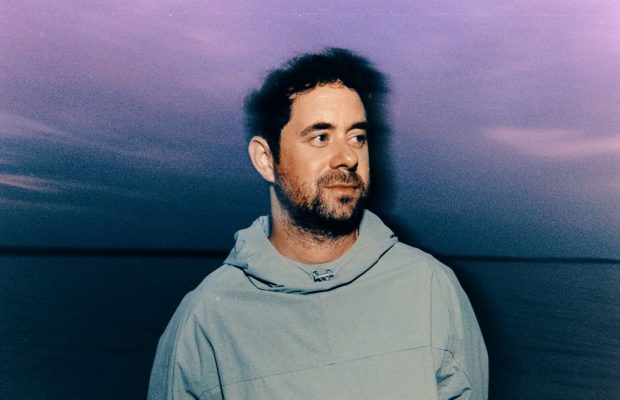 In celebration of the release of his first ensemble LP, aubades, post-classical piano icon Jean-Michel Blais is sharing the new video from director Adrian Villagomez for “passepied”.

The video is a surreal trip into a teenager’s obsession with Baroque dance. With punchy colour and rawness, the film dives into the young man’s imaginative inner world and follows his journey of self-discovery and self-expression through his fanatical love for the passepied, a historic French court dance. It shifts feverishly between his modern-day urban realities and his decadent Baroque fantasies – eventually spinning into one delirious, heady dance of escapism.

In docufiction style, Villagomez sets “passepied” to a film of vulnerable beauty and striking visuals, poignantly depicting reality and dream states through the pairing of 16mm (real-life documentary) and digital (dream) film. “This project is both documentary and fictional,” says Villagomez.

“We embraced this idea by immersing an actor in the daily life of another. We started from a clear concept, mixing the old with the new and wanting the film to feel modern and raw.”

The title of Jean-Michel’s piece “passepied” references the lively, fast-paced dance popular in the 17th and 18th-century French court. Composer Claude Debussy composed his own version of the dance in his Suite bergamasque for piano. Inspired by Debussy, Jean-Michel writes a new passepied for the 21st century.

“I wanted to see how a ‘passepied’ would work today,” says Blais. “Using this historic dance form which originated from Breton and then popularised in Baroque courts, I wanted to declassify classical music – democratise it for new listeners. Adrian’s docufiction represents for me this swing of the pendulum, making classical music accessible again to the modern viewer and listener. The music video follows a teenager escaping his urban reality through a forgotten dance in an anachronistic dream. For me, this reflects my own journey – a country boy travelling back in time through something seemingly “uncool” and old-fashioned as classical music. The perfect analogy to anyone’s odd dream to be pursued without getting caught into it.”

aubades marks the Montreal-born musician’s transition from pianist to composer, as he writes for an ensemble for the first time in his career. Written during the pandemic and following a breakup, Blais has used his distinctive musical voice to create a defiantly uplifting record with glistening instrumental textures and warm major tonalities. The album’s title refers to the “aubade”, a Middle Ages morning love song about lovers separating at daybreak, a dawn serenade.

Jean-Michel Blais has been a celebrated figure in the post-classical piano world since the release of his critically-acclaimed debut album II in 2016. He attended Quebec’s prestigious Trois-Rivières Music Conservatory but left after two years of study, exhausted by the restraints of the traditional music curriculum. Blais then travelled widely before retraining as a special education teacher. Whilst working as a teacher, he returned to music on his own terms, rediscovering his passion through improvising on the piano. These improvisations formed the basis of a recording career that has earned him two Polaris Music Prize nominations, a #1 on the Billboard Classical chart and a Time Magazine top ten album of the year.

Despite the difficult global and personal backdrop, Blais described the time writing this album as a “fruitful moment of creativity for me. We started having hares in the park, beautiful butterflies flying everywhere. It was a time of lots of blossoming, and also a moment when I blossomed from being a pianist into a composer.” Musical ideas captured in over 500 recorded piano improvisations were transformed by Blais into 11 compositions performed by a 12-person ensemble. During the composition process, Blais collaborated with Alex Weston, former music assistant to Philip Glass. The musicians were recorded with close-up microphones, creating a richly intimate atmosphere that captures the human behind each instrument, from the mechanics of the woodwind keys to the snap of a double bass string.

Blais also consciously found himself leaning towards major tonalities, which he believes are surprisingly rare in modern classical piano music.

“With this album, I was definitely responding to certain trends,” Blais reckons. “For example, the fact that the solo piano tends to sound melancholic. That’s good, but I’ve done that already, I wanted to go beyond that.”

In aubades, every instrument is given moments of expression to an extent that took the players by surprise. Blais says, “there’s often been this dominant idea in classical music that one instrument is the chief, the king of all the instruments, and the others are in the background merely supporting.” He was inspired by more democratic musical textures from the Renaissance and Middle Ages, as well as the social-democratic artistic ethos of the English 19th century poet, designer and activist William Morris and the Arts and Crafts movement.