ANNIKA releases new music video for “The Death of Me” 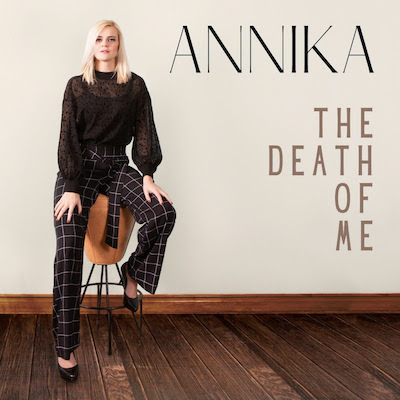 Last week, acclaimed country artist ANNIKA, released the music video for her new single “The Death of Me”. The track features Joey Landreth on the slide guitar and is a light-hearted, cheeky song that is sure to get people singing and toe-tapping along.

The music video, directed by Oliver Banyard at OCL Studios in Chestermere, AB, invites the viewer to see ANNIKA in one of her favourite places, the studio. The video captures the heart of the song and ANNIKA’s spirit at the same time, giving us all a glimpse of what it may be like to see her live, rocking out at the piano, singing at the top of her lungs, and leaving it all on the stage.

“I feel completely free when I am at the piano in the studio, and I think that is clear in this video. So much of this song comes from the musicians and their energy, so I wanted the video to capture that aspect of the song as well. I hope it gives viewers a little glimpse into the studio experience and at the same time, gives them a taste of what to expect at a live ANNIKA performance.”

Calgary, Alberta-born and raised ANNIKA has been engaging and entertaining audiences since 2014 as the lead singer of the CCMA-nominated, country-pop duo Leaving Thomas. Since moving on from the duo, ANNIKA has been taking a new musical direction as a solo artist by getting ready to release her first full-length solo album entitled, Stand Still.

The project is a departure from her previous work and showcases a more mature, introspective ANNIKA, combining her love of country song writing with heartfelt piano playing and melodic vocals. The project will be broken down into two EPs and one deluxe album, delivering a total of 14 tracks, 6 of which have already been released.