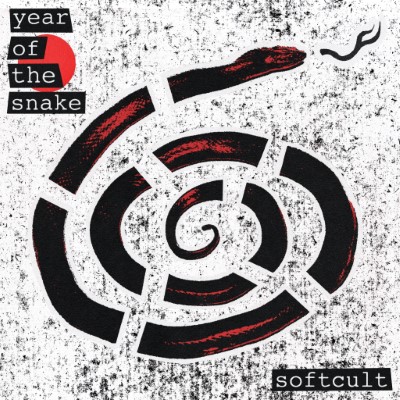 If you didn’t already start paying attention with Softcult’s debut Year of the Rat, you had best get on board for its recent follow-up, Year of the Snake. On it, the Kitchener twins bring six songs of remarkable production and energy, as slick as they are powerful.

The EP ranges from densely atmospheric and dreamy (e.g., melodic single “Uzumaki”), to a grungier middle ground (e.g., “Spit It Out”), all the way to full-on explosiveness. A clear example of the latter is the opener, “BWBB,” a truly rocking song that calls out all the toxic behaviour and ways of thinking enabled and perpetuated by that most covertly insidious of phrases: “Boys will be boys.” Characterized predominantly by clean-to-heavy guitar, ardent drums and tuneful vocals, the entirety of these tracks is catchy music with a message, touching on several of the problems and hypocrisies inevitable in capitalist power structures. Softcult’s style is one of mass appeal, but it sure is far from passive. Year of the Snake is phenomenally provocative.

With such a colossal and refined sound, it is humbling to remember that it all stems from the talent and vision of a duo whose musical career has barely just begun. Here’s to hoping it goes on a long, long time! I, for one, would welcome a whole lot more of this.