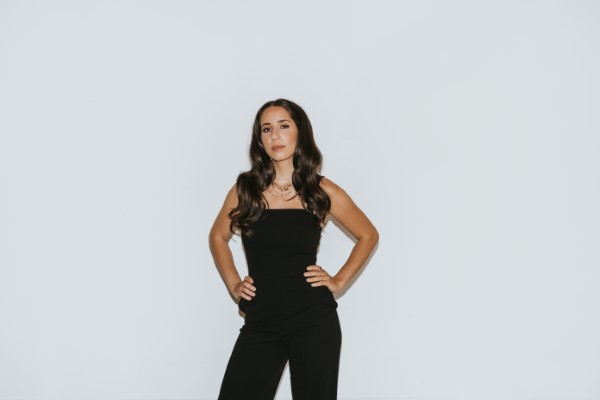 Canadian roots artist Charissa has released her compelling new single “People Like You” across all streaming platforms.

The acoustic track provides a gentle melody and caring message to her fans, to remind them there is always light after darkness. The Burlington, Ontario native is known for her storytelling, having written songs since childhood and always taken a meditative approach to her music.

Her latest release accompanies three previously-released singles since 2017, “I Got My Girls,” “Feel Good Song,” and 2021’s “Scars and All.” We caught up with the singer-songwriter to learn more about her history with music, songwriting, and her latest single.

When did you first fall in love with music, more specifically the songwriting aspect?

I have loved music ever since I can remember. I watched the movie “Grease” over and over again when I was 5 years old. I think that was what ignited the first spark. When I started to play guitar, I would cover songs that inspired me and as time went on and I lived a little more life, I began to write my own because I had more to say. I fell in love with the songwriting aspect when I was at a songwriting camp in Nashville. The pro songwriters spoke about their songs, the stories behind them, and I realized how powerful a song could be.

When you started writing your own music, were you initially as vulnerable and open as you are now? Or did that come with time?

I think it’s always been that way. I’ve never been scared to say how I feel. I write a lot about things I’ve experienced. I think with time I have learned how music can be healing and that it comes down to just being honest and authentic.

Did the pandemic change any aspect of your creative process or make you look at it in a different light?

Absolutely. It was a very challenging time. I didn’t pick up my guitar for a while and I remember wanting to, but just couldn’t. I usually have melodies that come to me and for a while there, there was nothing. I didn’t feel like my normal melodic self. When I started to feel more hopeful, I decided to try Zoom writes. I was never interested in Zoom writes before, but that became the only option, so I decided to jump on the opportunity. They ended up being great experiences and the start of new friendships. I actually wrote two of the songs on my EP over Zoom, “People Like You” being one of them.

Tell us about the process of writing the new single, People Like You. What’s the origin story?

On my first writing trip to Nashville, I wrote with Chrystal Leigh and Jimmy Thow. In our session that day, Chrystal brought up a song idea and the line was “the world could use more people like you”. I remember really liking it, but we ended up writing something completely different. Then in 2020, I found out my friend had suddenly passed. As I was thinking of him, that line came back to me and I came up with a melody for it. I reached out to Chrystal to try and write the song in his honour. Chrystal introduced me to Emma-Lee that day and we all collaborated and actually finished the song the same day. It was an emotional session for me and at the end, I remember feeling like we had created something really special.

Are there any artists or songs in particular that make you feel the way your song makes your fans feel? Because People Like You takes on a very moving and emotional message.

“Broken Halos” by Chris Stapleton, and “Let Him Fly” by Patty Griffin, are just two out of the many songs that give me goosebumps. I think with “People Like You”, the message is moving because it’s quite universal. I think it’s important to remind each other of the good we do and to feel appreciated and loved.

What does the rest of 2021 look like for you musically? Are you working on releasing more singles? Or is there an EP in the future?

I’m so excited to say my debut EP will be released this spring. It’s something I’ve been working towards for a long time and I can’t wait to get back on stage, sing the songs and share the stories behind them.