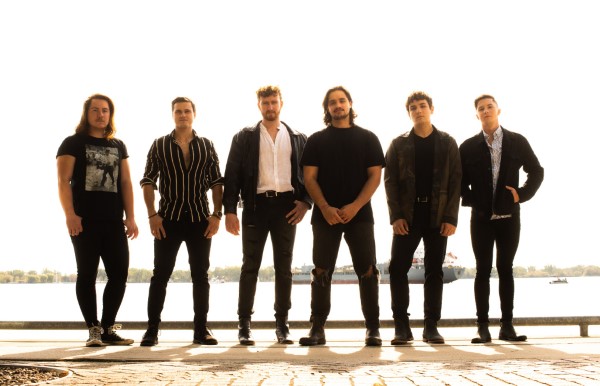 Toronto-based Indie Rock act Pacific Estate is starting the year off strong with their most recent single, “Millennial” which debuted on streaming platforms this month. Millennial follows the band’s three releases in 2020, She, Saturdays, and 34. It is also a part of Pacific Estate’s highly anticipated upcoming debut album recorded with Juno Award-winning producers Julius Butty (Alexisonfire, City and Colour), and Jay Dufor (July Talk, Protest the Hero).

Pacific Estate is known in the Toronto Rock scene for singer Cam Hart’s deep and piercing vocals, their fun, and energetic live shows, and their catchy hook-driven tunes. Their music is reminiscent of celebrating one’s youth and embracing all the good times and bad.

Band member Nick had this to say about their new song, “Millennial”.

“The song is an ode to hypocrisy. Yeah, the world’s fucked up, but who’s to blame?”

Formed in 2013 by a few bright-eyed high school kids looking to jam, Pacific Estate has naturally evolved into one of Ontario’s premier up-and-coming indie rock acts. Unafraid of pushing the envelope, their willingness to blur the lines of genre while staying true to their roots, catalyzes a fresh yet familiar take on modern rock.

For years Pacific Estate has been playing shows across Ontario both as a headliner and in support of respected artists which include I Mother Earth, Hollerado, Pkew Pkew Pkew, and the Temperance Movement. Recently they put the finishing touches on recording their upcoming debut album with Juno Award-winning producers Julius Butty (Alexisonfire, City and Colour), and Jay Dufor (July Talk, Protest the Hero), the stage is set for a monumental year. With a boatload of new music set to be released in the coming months, things are just getting started for Pacific Estate.