Five Questions With Over Eyes 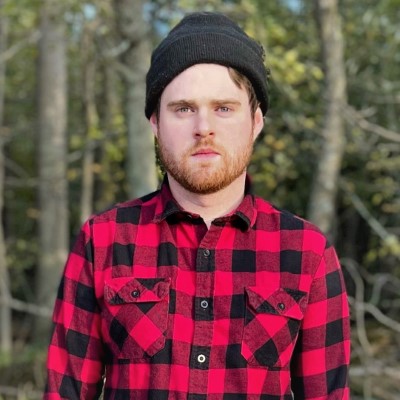 Canadian pop-punk/ alternative band, Over Eyes is fronted by Jeff Poirier, who also records all the drums, bass, guitars, and vocals for the band’s studio projects.

The band has unveiled their latest single, “Disposable Days”, which is the first single off of their upcoming sophomore EP.

The song is an upbeat pop-punk banger about years lost that one wishes they could get back. The video for “Disposable Days” follows frontman Jeff Poirier as he reflects on lost years and lets go of some of those memories.

Check out the video below, and find out more about Over Eyes via our Five Questions With segment.

My name is Jeff Poirier and I’m the frontman for the Montreal-based band Over Eyes, a pop-punk/emo project that I began in 2018.

I recently released the first single and title track off my upcoming EP, Disposable Days.

My music has a very throwback vibe reminiscent of early 2000’s emo/pop-punk, drawing influence from bands like Jimmy Eat World, Taking Back Sunday, and Dashboard Confessional.

Usually, I begin writing the majority of my songs on an acoustic guitar to figure out the basic structure and melody, and then I’ll see how they translate to a full-band feel by adding drums and electric guitars. I’ll write and record plenty of demos in my home studio, then pick and choose which I like best out of the bunch. Then, I will sit with a producer, trim the fat off the demos, and combine my favourite parts from each to make the best songs possible.

I’ve been trying to write a new demo for a song at least once a week to stay active in songwriting. Even if some of the ideas don’t end up getting used, in order for me to progress as a songwriter I feel I need to remain focused on the process.

I would definitely suggest the title track of my upcoming EP, “Disposable Days.” I feel that the lyrics and overall sound of that song sums up the entire energy of Over Eyes’ music.