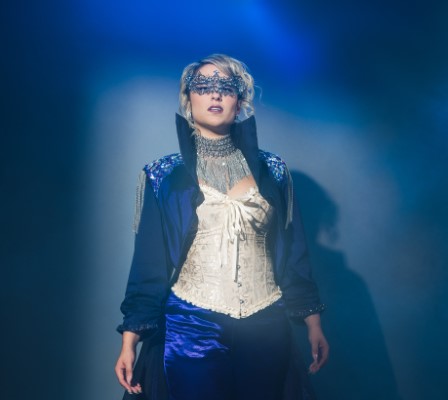 On January 28, 2022, Rnb-soul singer-songwriter, and producer, Nessa Roque unveiled her latest single, “Two of Us” from her forthcoming album, The Fight, which is set for release in Spring 2022.

This RnB ballad is also part of a short movie to be released along with the album, a story told in three chapters.

Directed by Véa, the three music videos come together powerfully, to tell the story of her meeting whom she thinks is her soulmate. The short’s unique visual signature will navigate between today’s context and a beautiful royalesque universe, to illustrate the different stages of a passionate relationship that went too fast, eventually hitting a point of no return.

Check out the video for “Two of Us” below, and find out more about Nessa via our Five Questions With segment.

My name is Nessa Roque I am a singer-songwriter and producer from Gatineau Canada. We have a lot going on right now! My first single ‘I’ll be a fool’ came out on October 15th and my 2nd single called ‘Two of Us’ just came out on January 28th! We are also very excited to present the third single coming out in March and that will come up as a short film that will be presented sometime before the album release!

I am a very emotional person so whatever I go through or my surroundings I write about it! I love hearing stories and putting myself in context and then writing about them!

Absolutely haha! The pandemic gave me the opportunity to put this album together and really concentrate on my career and what I wanted as an individual! I think that time off really gave people another perspective of life even though it was in unusual circumstances!

The fight !! I love timeless ballads !! I think this is one of those ballads that you get hooked on and even heal from! The message is deep and the vocals are through the roof haha!! Eric, who helped me write the song, definitely pushed me to engage those emotions that hopefully everybody will experience while listening to this song!

Céline Dion of course !! Quebec’s Diva!! She’s one of my inspirations career-wise and vocally! Shania always has been one of my favorites as well!! Dvsn for his melodic RnB, Drake since day one has been killing it and I love his writing and how he speaks his truth! Justin Bieber with everything he has done and accomplished and of course his voice! And the list goes on !! Shout out to all the artists from Montreal as well !! So many beautiful and talented artists in that city !! Canada is definitely blessed!!