Home / Promos / Softcult releases video for “Uzumaki” along with their EP, Year of the Snake

Softcult releases video for “Uzumaki” along with their EP, Year of the Snake 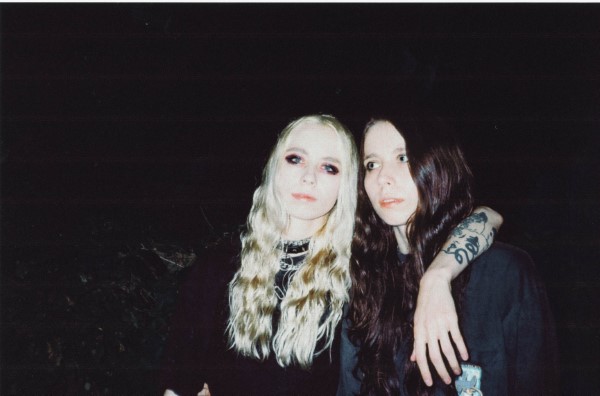 The Ontario-based indie-rock duo, Softcult is made up of twin sisters Mercedes and Phoenix Arn-Horn. The two have unveiled their brand new EP, Year of the Snake via Easy Life Records. The EP is a follow-up to their previously released, Year of the Rat.

Year of the Snake is overflowing with intricacy and multiple levels of detail to unpack. Often based upon their personal experiences, it’s a record that authentically speaks to its audience on an intimate, one-to-one basis. It is culturally vital to more people than we would like to think and shows them how they are not alone in their struggles and can be a part of a bigger movement for change.

Speaking about the EP, Phoenix said:

“The EP encompasses our feelings towards the cutthroat capitalist society we live in and the problems that need to be addressed. The snake is symbolic of deception and untrustworthiness. We’ve seen this time and time again from politicians that make grand promises and claim to care about marginalized people, climate change, poverty, etc but act differently when it comes to their policies. Our goal is to raise awareness with music that makes people think. We want to expose people to realities that they may not have ever been aware of before and speak out on issues that matter to us. Most of these songs are meant to challenge people’s perceptions, but also come from very personal places based on our own experiences. If there are people out there that can relate to our lyrics, they’ll know that they aren’t alone. They are part of a movement that is demanding action.”

On top of the EP release, the duo has unveiled a video for their track, “Uzumaki”. The video, which was directed by Mercedes highlights and raises awareness for the issues of abuse, and the scars it leaves behind on victims. Check it out below, and stay up to date with Softcult via their socials.

Originally scheduled to be touring the US and UK this month in support of the EP, dates have been postponed due to ongoing COVID restrictions. SOFTCULT’s headline tour of the UK has been rescheduled for May 10-19, 2022, and can be found HERE. Rescheduled US dates with Los Angeles-based Teenage Wrist will be announced shortly.

Softcult will be doing a live event on TikTok at 7 PM ESTtonight where fans will experience a personal link with the band and will be treated to a couple of acoustic tracks.