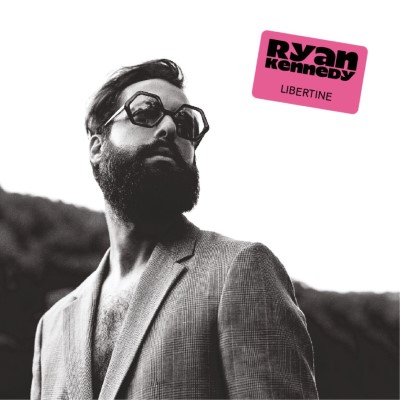 Québécois singer-songwriter Ryan Kennedy has unveiled the third album in his career, his genre-bending album, Libertine.

Libertine reaches beyond Kennedy’s previous folk work, showcasing a more profound pop aesthetic, with touches of country, rock, and even a hint of disco-inspired by the 1970s and 1980s, influenced as much by Bruce Springsteen as Elton John. Throughout the 7-track record, listeners will be swept away by Ryan’s distinctive vocals accompanied by piano ballads, lush arrangements, and soulful melodies.

After listening through the album a couple of times, I personally had two clear favourites on the release. The previously released single, “Say Hello” immediately pulled me in, and had me singing along in no time to its energetic pop beat and wonderfully crafted lyrics. “A Lifetime” was the other that caught my attention, a slower more emotional feeling track. Ryan’s vocals on this song are absolute perfection, and the lyrics gave me goosebumps.

Ryan Kennedy will celebrate his album release with a virtual concert on February 28 at 7:30 p.m., captured at Le National in Montreal. Tickets will go on sale beginning February 4 and will be made available at ryankennedymusic.ca.

Check out the album below, and stay up to date with Ryan via his socials.