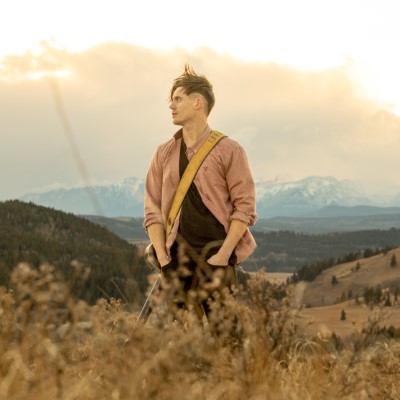 Alberta-based singer-songwriter, Tate Irving has unveiled his debut single, “7 Days”. Tate has an ambitious goal for 2022, he has 18 original singles, each to be released throughout the year under Bedroom Studios banner. If “7 days” is any indication of what’s to come, we’re excited to see what else Tate has up his sleeve.

Check out “7 Days” below, and find out more about Tate via our mini-interview.

Hey, I’m Tate Irving, I’m from a pretty small town in central Alberta, I’m an acoustic/alternative artist and I’ve played music pretty much my whole life, in the past few years I’ve been writing and performing music trying to take the experiences I gone through and turn them into music people can relate to, this past year has just been a year of hard work and preparation looking into 2022 as my breakout year, I’m really looking forward to finally be able to share my music with all of the amazing people who have supported my journey so far, and to be able to broadcast it to a larger audience as well!

You have just released your debut single, “7 Days”, what can you tell us about the writing process?

“7 days” was the first song I ever wrote, I wrote it when I was working away from home when I was 18, it’s about being away from your loved ones and missing pinnacle points in your life due to work or other priorities that keep you away from home, it has definitely been the song that has stuck with me the most throughout the years because In various situations it rang true to my life, whether I was away from work, traveling abroad, or even away playing shows, you don’t really realize how much you miss the people close to you, and that if given the opportunity to spend time with them you should really be present and cherish the company.

You have an accompanying music video for the release, what was the highlight of the video shoot?

It was definitely the trip out to Vancouver, we loaded all of our gear into my car and made the 14-hour trek from Sundre, I wouldn’t have traded it for the world, its a place that I hadn’t been able to spend a lot of time in so in between shoots it was amazing to explore the city, I still can’t get over how absolutely stunning the whole city was, from the architecture to the pier, to even the upkeep of all of the parks and greenery, it really all just blew me away and it’s an experience that I will not soon forget.

You have stated that you have a number of singles being released through 2022, do you have an album on the way?

This next year is definitely going to be a huge one for me as far as releasing music goes, as it stands now I’m hoping to be releasing a single per month leading up to an ep at the end of the year for a total of 18 songs.

After all of that, I definitely would love to work on a bigger project like a full-length album and be able to bring more of a story throughout the songs within it.

If you could work with another Canadian artist, who would you choose?

If I could work with one Canadian artist I think it would have to be Dallas green, he’s been an icon to me and a huge musical influence to me for most of my musical career, from his days in Alexisonfire to City and Color, his dynamic range as well as his incredible lyrics always amazed and captivated me, It’s a bit of a pipe dream but it would be absolutely incredible to work with him.