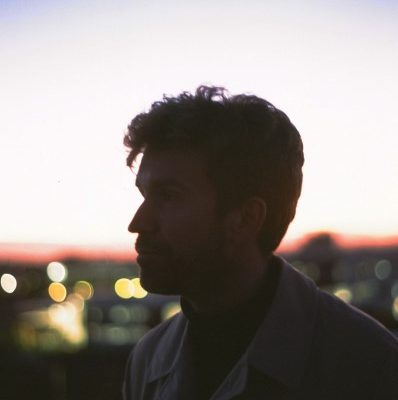 “Cam is an old friend of mine and one of the most talented guitarists I’ve ever met,” says Rollie Pemberton. “We started working on some music together, and it’s been a really fun experiment producing this album for him.”

“Shy Companion” is the fourth single from an upcoming album of original music, following “Life Is Not”, “See How I Miss You”, and “Crossing Over”.

“Shy Companion explores themes related to the passage of time,” Maclean explains. “This is something that has come up a lot for me in the pandemic. Over the last two years, time has ebbed and flowed in ways I’ve never felt before, and I wanted to capture that in a song.”

Cam has also unveiled a music video to accompany the release, directed by Ariana Molly, created lovingly and playfully from footage from her grandparents’ honeymoon.

“The year is 1956 and the Miami sun washes over newlyweds, Claire and Irving. Armed with affection and a super 8 camera, the sweet sentiments of young love are clearly palpable and genuine. Assembled into a montage of fleeting moments, the existence of this footage is a triumph of time, a relic of a relationship that existed in decades since faded. A sliver of something beautiful. “Time’s a shy companion,” intangible and delicate, cradling the spaces in which our memories exist, the line between fact and fiction, where stories told intertwine with photos and film to form the people we love. My grandmother, strong and playful, my grandfather gentle and warm, the mood and experience of Shy Companion brought forth an emotional scape in which they simply just fit. What a privilege that two people who I only knew as a unit, a duo, inseparable, can be observed in this footage through each other’s eyes. “I would walk beside you, if you decide, you need me on this road. Memories overtake you, although I know you’re bound to go alone.”

Claire and Irving said “I do” in 1956 and were together until death separated them.

The video is in loving memory of my Zaidy Irving (October 29th 1929 – May 14th 2014) and with sincere admiration for my grandparents.

Check out “Shy Companion” below, and stay up to date with Cam via his socials.