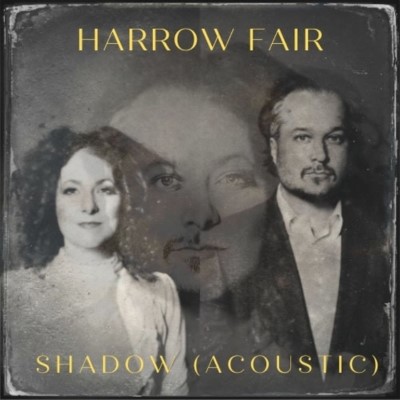 Americana duo Harrow Fair (Miranda Mulholland & Andrew Penner) have unveiled their new acoustic version of their song, “Shadow”. The song, which was originally on their 2020 sophomore album, Sins We Made, is about how addiction can follow you like a shadow.

“I find that stripping a song down from its full version reveals something completely new. When we recorded the original version we built it up like a house with different sounds and layers;” shares Mulholland (voice, fiddle). “This was more like the process of sculpting where you take a big piece of marble and cut it away. We found more nuance in this song about addiction.“

This is the second aocustic version to be released from their sophomore album, following the title track, “Sins We Made“, which was released in October 2020. Both of the songs were captured at Miranda’s family boat-in cottage in Muskoka, Ontario.

“We set up some old ribbon microphones in the main room of the cabin and tried to strip the songs down to their essence.” shares Penner (voice, guitar) – who also produced.

Check out the acoustic version of “Shadow” below, and stay up to date with Harrow Fair via their socials.

Related ItemsAcousticHarrow FairShadowSins We MadeWhat's The Story?
← Previous Story Andrew Hyatt puts the spotlight on mental health and his own personal demons with the release of his new single and video “High Tide”
Next Story → Georgia Harmer releases new single, “Austin”