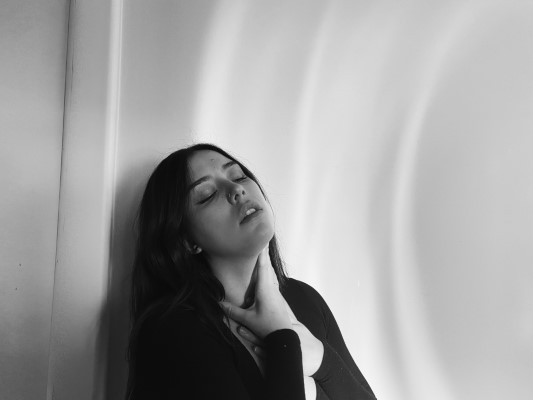 Written by Wik and produced by ‘Towers’ (Brad Simons and Brandon Unis), “Let’s Dance” taps into the Edmonton-based artist’s established foundation as a singer-songwriter but adds a timeless retro-pop production as a fresh twist. The artist’s sultry vocals blended with deep bass and strong horns add modern sensibilities to the track’s romantic energy.

“This was a rare moment where the song came to me fully-formed in my head. I knew what it had to sound like, what I wanted to say, and how it had to be said. ‘Let’s Dance’ is all about having a connection so intense that when you’re finally allowed to have an intimate moment with someone, it feels like full electricity. This song lives in the heat of that moment with someone.”

With “Let’s Dance”, Olivia Wik is continuing to follow her dual path as an artist and songwriter and is using this single to showcase the best of both of her passions. Another single, “Write Me In It”, is also in the works for release later this year. In the meantime, she hopes that audiences will be inspired by the hot and heavy vibes of “Let’s Dance” to let the sparks fly with someone special.

“I want people to sing it, dance to it, and use it as a not-so-subtle way to nudge their crushes and say, ‘I want you.’”

Watch the lyric video for “Let’s Dance”, and find out more about Olivia via our mini-interview.

My name is Olivia Wik and I am a songwriter and singer from Edmonton. I have been writing songs for almost 10 years now and have been very lucky to travel around the world for my songwriting and have had placements in many films and TV shows, as well as songs cut by other artists.

Even though I’ve been songwriting for so long and consider it to be my main discipline in music, I do love releasing my own songs as well. My dream and goal has always been to share my music with as many people as possible, and I’m very happy that I get to chance to do that.

You have just released your new single, “Let’s Dance”. Why did you choose this track as your single?

Sometimes you just have a feeling about a song. When I wrote it, I knew it was something special. Something about the way all of the elements of the song came together felt different from other songs I’ve written in the past. When I don’t want another artist to cut a song of mine, it feels selfish, but then I know it’s something special.

You’ve had placements on CBC, PBS, YTV, and more, how does it feel to hear your music on television?

Hearing my music on TV and in movies is one of the most surreal experiences. It’s one thing to write a song and record it, but to be able to see the film on the screen, and to hear lyrics and melody that came from your mind is other-worldly.

There is such a sense of accomplishment that floods me every time it happens. I’ve been writing for almost 10 years, so to see some of my hard work payoff is incredibly rewarding.

You are planning for another release later in the year, “Write Me In It”, can you tell us anything about this song?

It’s a big departure from “Let’s Dance” genre-wise. I wrote it when I was in Finland in a writing camp with other great producers and writers. Like “Let’s Dance”, it’s sat in my catalogue for so long, and when the opportunity presented itself to breathe new life into it, I jumped at the chance.

It’s a dance-pop song, and that’s a genre I’ve never dipped my toes into as an artist, so I’m excited for people to hear it and be a bit surprised.

You have written with songwriters all over, including Sweden, Finland, Japan, etc, is there a certain person you’d love to work with in the future?

Charlotte Cardin is my favourite songwriter and singer. I’ve loved her work and have even covered her songs at my gigs. I love her voice, her style, everything. I would be thrilled to work with her if I had the chance.